Standing Ovation by According to John 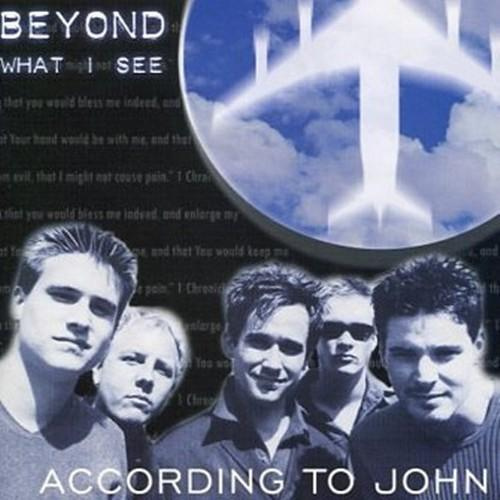 Beyond What I See by According To John

Standing Ovation
by According to John

Album: Beyond What I See

There once lived a man named Stephen
I read about him just the other day
A man of conviction
Who was not afraid to stand up for what he believed
He knew how to please the Father
By giving all the glory to the Son
With boldness he reminded the Pharisees
This Jesus really was the Holy One
Before the angry mob drug him, out of the city
To stone him, he would not compromise
Before the jagged edges cut him
He looked up into heaven
And when he turned his eyes, he saw a...

Angels all singing
Many would deny the Savior
When standing face to face with death
But Stephen would not deny - he was ready to die
He would be faithful to the very last breath
He stood for Jesus, and Jesus stood for Him
I hope that one day I will become
Half the man that Stephen was
A man who is willing to stand for the Lord
In everything he does
I cannot wait to go to heaven
I'm gonna find Stephen in the crowd
That very first day
I'll be standing right beside him
We'll turn our eyes on Jesus
And join right in the praise
We'll be giving Him a...

Cause He could've called ten thousand angels
To return Him to his Father's side
But Jesus would not turn His eyes - He was ready to die
He would be faithful to the very last breath.
For you are holy, holy, holy are you Lord my God

Related Albums by According to John

More Song Lyrics by According to John