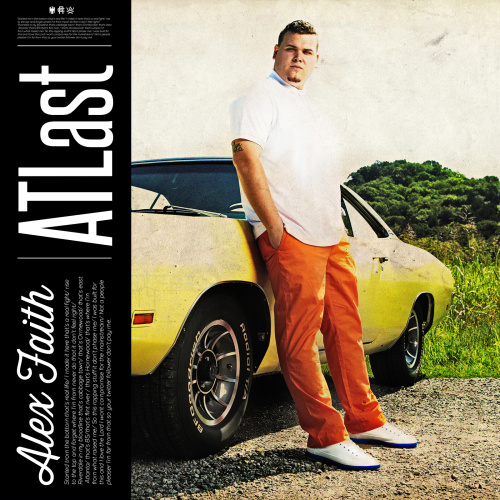 Verse 1: Alex Faith
Gang sign holding up
Gas prices going up
Can't wait until the day to get wasted because he's old enough
Turned 21, in the bathroom throwing up
But this is not a new thing
He's kind of well acquainted but
Don't know how he got here
Falling from the top here
Thinking everyday might be his last, it's a nightmare
That boy is going in
Ain't no sign of him ever stopping
So he's grinding everyday to put them dollars in his wallet
Running on a wheel is the future he never watching
When he get a little change
Just burning holes all in his pocket
That's just how it be when you coming from where we from
The side of town where all you finding is liquor bottles and guns
We know it ain't right
But do we judge him for it?
The one around my way even knows what they really living for
That's just how it be though
It's kind of a lame excuse
So we singing songs of freedom while they tightening the noose

Hook: Christon Gray
People come and people go
It's hard to really know who's here to stay
But I made you a promise and I locked it in the gates of Heaven
?... my mind
Brought you this far
Just a little while longer you'll hear me say
I know it was a struggle but I love you and you made it at last
You made it at last

Verse 2: Alex Faith
All my life I never had nothing
I seen my mom and daddy struggling
To get us what we needed
Extra something here and there
But the greatest gift of all was the Gospel of God
When I was lost in sin
He came and met me in a puddle of blood
Beneath the rugged cross I laid
"What've I done!?"
Looking up
I'm at the feet of God's only begotten son
I'm humbled but at the same time
I feel terrified
Crown of thorns on his head
Ain't no fire in His eyes
And to make sure that He's dead I see Him bleeding from His side
Then it hit me
I'm made in God's image
Why do I feel so blind?
I crucified Jesus
I was there on that day
I told them "Hang Him on that tree!"
I told them "Put Him on display!"
I'm crushed under weight
All the sudden my dismay is lifted
Raised up my head and told me it's okay
Then He looked me in my eyes and told me that I'm forgiven
Touched the coal to my lip and sent me on a mission

Verse 3: Alex Faith
The clouds open up and I see Him
He's standing with the saints
And since that first day that I seen Him
Things ain't been the same
Life has so much meaning now
Purpose flowing through my veins
We call ourselves kings
Only here to be affecting change
I love my city and I love my people
And I know they got a problem with sitting under that steeple
But God will not be mocked
And we were made for way more than this
Worshipping women's bodies, tall rims, and nice whips
Elevate success to how much is in our salary
Broadcasted on the airways
We're claiming fallacies
That if we get to where they at
That means we have it all
Always chasing something more
Can't we see we're bound to fall?
I tell you from experience, that thirst is never gratified
And on that day that I was at His feet
Wrath was satisfied
I believed the lies but now I'm resting in His arms
He made a promise to me
I just responded to the call