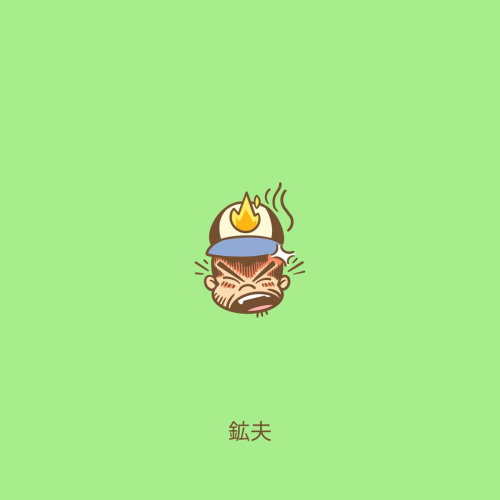 Verse 1: Andy Mineo
Okay, where should I begin?
It's dark outside, it's ominous
When I had no dough, ate ramen wit'
A whole lotta Ritz, now I'm convinced
That I'm content, but I gotta get
A whole lot 'fore my time is spent
And I'm divin' in what the Psalmist writ
I'm feelin' myself like Madonna did, uh
Huh, everybody talkin' 'bout they YOLO livin'
Don't know what go with it
Don't happen automatic, gotta get up, go get it
Miner League Co. in it, don't ya see the code in it?
I'm so cold with it, so prolific
When it come to the flow, I'm Pro Bowl wit' it
Gon' respect my name, Cinco-ocho with it
Every single one of my bars got a gold ticket

Verse 2: Just Juice
Just Juice, Andy Mineo
Listеn your ones and twos they only graded matеrial
Runnin' the track like a rat on a spinnin' wheel
Trap a chatter, 'bout as fast as a cheetah go
Where the profit at? it ain't under subtract it for it
After the math, they been shady, I get it though
Flexin' the duo, none short of incredible (Yeah, yeah yeah)
You submit it with the bars that be set in soul (Oh)
I don't need friends, just ends, pay me though
Bought a Mercedes and let's jam on the radio
Tick is blockin' when I hop out a Coup
And watch I'm gonna take this on top, what we came here for?
Juicy product goin' hard in the paint
What you think of my lyrics? Puttin' God in the bank
Puttin' God in the state, gotta go LA
Whats the luggage the way they keep using the hours of my days

Verse 3: L3XDIVINE
Uh, I'm tickin' like Big Ben, killin' like villains
Living life livid, I pivot like spinnin'
Chillin' like Lennox, I'm illin' like clinics
She's next L3X from the city of sinning
Guinness, I'm 'bout to wreck the record, better recognize
I wreck ya eyes watchin' high from the skybox
I box pettiness with readiness on my block
Hard knocks 'cause your got heart like rocks (Oh)
But this ain't Valentine, baby, this life, look
I ain't talkin' pendants but I'm talkin' repentance
It's a given when He comes I'ma slide
On a cha-cha-chariot like titanium ride, Millennium fly
Supa Dupa like Elliot
If you can't stand the reign then you, likely sly
I probably an alien, ah ah uh

Verse 4: M. Tarver
Comin' in with Andy Mineo
You can't get rid of your plan when I land the video
And consider your man when I can deliver your handle into your stance with your man defending you, let's go
If you consider it, I will be killin' it
Then I will get rid of it, I will be spitting it
Anyone can be getting it
That's illegitimate, when I spit this illiterate, Monster
You do not want it with me like I'm sneezing coronavirus
And I really believe that you all are wylin' and I see it on TV, they call it violence
And I need to be free and no home is silent (Uh)
Sicker than me like you fought a lion but these demons are fiendin' They all are tryin' but I beat 'em, defeat 'em they all are dyin', Monster

Verse 5: Canon
Bringin' it back, Chi-town
Westside, the originators comin' up with the bom-bom-pow
Tech N9ne, Twista, I could take a brotha, but I'm show them love
Better get in my zone
Let me take it to the party
Everybody 'round Mennonite trippin' on then I get to know somethin'
Elohim in the flow plus checkin' out the brothers who be choppin' up the work and then I somethin' (Ayy)
Man, I really been 'bout that life
OG, yeah, I got that right
Get the Canon, man, I got that life
Watch you really gon' do?
I like ya'll, I ain't about that bite
I can do it like this way, that way
Break it down, down, bring it back up
You ain't stuntin' with your lil' page, lil' fame, lil' lame
You don't wanna let me act up, back up
And you know when I be comin' they thinkin' I be stutterin' like d-d-d-d-d-d-d-d, go
I been doin' it, but now its clear
I be killin' it from beginnin' but then found out where it came from
I do what I do for Ye'hua pay me my money, tu quiero mi pesos
Get the Canon then murder Canon, Call o' Duty got me prolly wreckin' the payload (Oh)
I done found my way, found my space
Don't get me wrong, I can't wait
Out this place
God still good, life's so great
I can't fake, y'all so fake
IG, Twitter, Facebook, so I can't chase
I can't take y'all's nonsense
I can't play, yeah (Oh)

Outro: Wordsplayed
That's so good, all of it
I love it, and I love a good remix
But why stop at just remixes?
The biggest mistake they made when they did the "Jackson Pollock" remix was not triplin' or quadruplin' down
Let's do a pre-mix
Let's do a post-mix
Let's do a in-process mix
There's so many more opportunities to squeeze the juice outta that orange
Let's get after it
I'll see you at the top