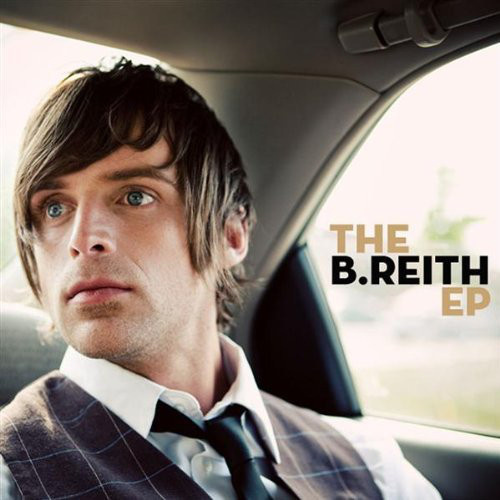 The B.Reith EP by B. Reith

Verse 1:
Here we go yup yup I know
You ain't never seen it done like this before
Long hair blue eyes yes yes I flow
Yes I sing plus I bring the I'll beats that be
Sizzlin' man like bacon grease
Back when I had short hair they called me Jason Priestley
But time passed, I had to mature
You see I'm tryin' to be the next Ashton Kutcher
Mock my style I dare you yo
Watch me pop right out of your stereo
I spit more rounds then a merry go
I flip more sounds then a karaoke machine
B-Team this has been my dream
Since back when Al Green was lean, my scheme
My plot, rise the top as one of the best
I'm tryin' to be the white Kanye West you heard me?
That was a joke in case you didn't get it
I'm one in a million custom fitted
If you ain't with it than hit the exit
Don't disrespect this I'll leave you breathless

Verse 2:
It's messed when they can't say your name right
B.Reeth, B.Right naw B.Reith!
See the T-H at the end like
Thank you for saying it wrong again
What do I gotta do to get some respect 'round here
Start frontin' like I'm crazy and throwin' round chairs
Would you quit tellin' people that I'm from Brown Deer
Really man, what you tryin' to do, kill my career?
It's bad enough they didn't put my name on the roster
Now they're trying to say that I'm a J.C. Chavez impostor
What? Where's my manager? Wait that's me
At times like these I wish I had a fake I.d.
So I tell the bouncer, "Hey, where's the bathroom?
It's an emergency dude I'll be back soon."
Sneak to the stage, hand my CD to the D.J.
Tell him when I cue him hit play, ready?

Bridge:
Hey D.J. please won't you give me a chance so I can drop this beat and make these people dance. Now um, one thing is clear they goin' like what they here so um, lend me your ear and just watch me get my groove on

Verse 3:
You know you're broke when you sing for free
Thinkin' that you'll make some money if you bring CD's
Show up, the sound system is soundin' like garbage
My man where'd you buy this microphone from, Target?
It's funny how the same people that mean mug you
Will come up to you after the show and try to hug you
Now matter how tight you are on the mic
There's always one hater that's like, "Dude he's alright, I'm better though."
It's sort of sad but I had to laugh
When I thought this girl wanted my autograph
I said, "Hey how you doin' what's your name?" "It's Margie,
Sorry to bother you but can I borrow that Sharpie?"
"What? Don't you know who I am girl?"
"No. Wait, are you that dude from 'That 70's Show?'"
Shoot, I played it off said, "Yup that's me."
"Oh my gosh, here, sign this B.Reeth CD!"