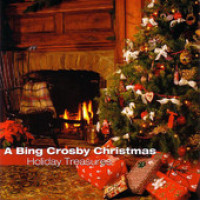 Well, you know Dasher, and Dancer, and
Prancer, and Vixen,
(Comet, and Cupid, and
Donner and Blitzen)
But do you recall
The most famous reindeer of all?

(Is it Herman, is it Shermon?
Is it Eddy, is it Freddy? â€" no, no no!
It is Heart, is it Shaptler, is it Mosteres
Oh, you'll never, never guess it, don't snap your cap)
Talkin' â€˜bout Rudolph, the red-nosed reindeer
(Oh, him)
Had a very shiny nose
(So I heard
they day if you ever saw it
you would even say it glows.)
Like a hot rasie.

All of the other reindeer
Used to laugh and call him names
(Rudolph is a red nose
They never let poor Rudolph
Join in any reindeer games.)

Then one foggy Christmas Eve
Santa came to say:
"Hey Rudolph, I say Rudolph, with your nose so bright,
won't you guide my sleigh tonight?"

(Then how the reindeers loved him
and they shouted out with glee,
Rudolph, Rudolph, Rudolph)
Rudolph the red-nosed reindeer,
You'll go down in history!

(Well, the stake glows bosset,
His snary snoot
His tuba that glow like a light-ta-root
With his pink kazoo, he guided the sleigh
He's a hero) why, Rudolph saved the day.

(Rudolph has got his red nose
In the reign deer hall of fame)
Rudolph the red nosed favorite
Of the little reign deer days.
(Rudolph the North Pole big shot
rides around in Santa's sleigh)
Wearin' a green Fedora
Smoking a cigar all day.