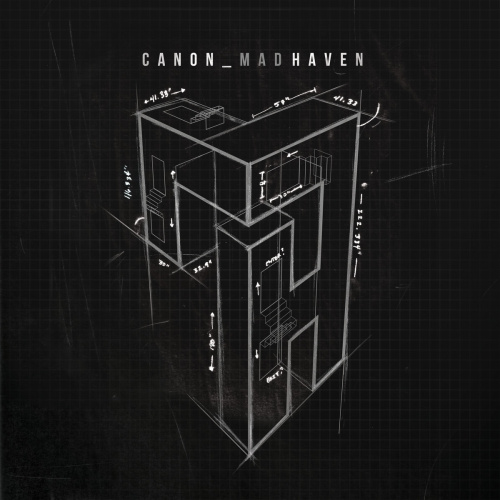 Hook: SPZRKT
Oh, I need something to believe in
Am I Living this life without a reason?

Verse 1: Canon
Okay, welcome to my crib where I stay
It's only a place where I lay
Where the girl is sabotaged and turned bad
That's wale
But its cool, I'm a operate it smooth
Look shawty, keep it funky
I'm a put my stank on it, Andre
Before the saints can hit the lou
They have to get to halle
And the road to glory's still before his chosen
Who would partake
The chosen ones, that is who we are
Lets party
Again, and again and again
Try walking thru my world
Where the neighbors look over their wooden fences
Closer than most, no matter how close their still distant
People searching for sin
Look ahead "in their vision for cert"
They'll feel the pain if you looking for ammunition
There's only one way and I locked the doors and the basement
The keys kept me safe when they tried to steal all of my bases
Well, you're never taking nothing from under me face it
This home is not finna' grub on my labor
Nothing to play with
Got a couple of rooms and some of em seem vacant
Some of down stairs are locked, a couple are sacred
Hallways are long an narrow like always
You're either coming or going like Paul in Paul's days
Some of them stair cases are rigid and played old
Lead to rooms that's dark and forgotten left cold
Listen up theirs a couple of boxes you can't fold
There's a couple of boxes so weighty You can't hold
I'm talking about my life that's full of rooms and closets
Things in it will make you smile but stay cautious
Cause not every room got windows in it I promise
You look inside and be surprised you might vomit
Look, its not all bad Its some good in me
Welcome to a home that's full but feels empty
But ya'll don't get me, so lets spit it clear
Come hang with me, I'm chilling by the chandelier

Hook: SPZRKT
Just give me something to believe in
Am I just living this life without a reason?
We live in a sad sad land that won't take a stand
It's a game we're playing, a mad mad haven

Verse 2: Canon
This mad haven is so crazy with two faces
The double door passages it has two blazes
But one it seems obscene but indeed it leads to greatness
The other-siders hate this, to them it seems tasteless
Taste Him, try pops, knowing that god is good
The Lord and King reigns all, Satan wish that he could
But God is here well, and this is where his sheep dwell
There's and angel who destroys but you ain't know him well
Cause they don't he fell, he degraded he failed
The story tellers are lying while people lighten him well
The people here are like crack heads
They love dying slowly, they either laying down or act dead
Now what in the world is a mad haven, cool places
Its supposed to be a safe for a mans restoration
A mans refuge, a city or a place sacred, but its crazy how some will see it
They see it tainted
My world is crazy, to those on the outside
And the outside looks crazy on the inside
Jesus ain't accepted when out there
They either never heard of him or probably worse they heard
And do not care
And that's crazy, I swear to God it is, why lose your soul instead give it to honor him here
We got the models here but they were made to model him here
This is a city where all men can follow him here