Spinnin' Round by DC Talk 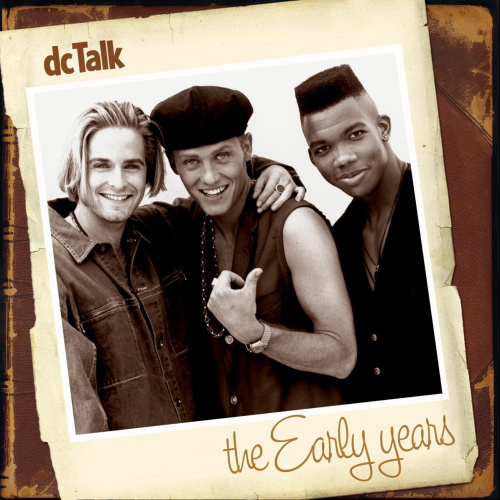 The Early Years by DC Talk

Spinnin' Round
by DC Talk

Round, round, you're spinnin' round
Your life goes round and round

I got a reason to rap cause my God is King
Just like a gospel singer's got a reason to sing
And like young David used to play his harp
Presenting praise and worship in the form of an art
I selected a direction, I'm going one way
I got a motive and a reason to say what I say
Telling you about a friend, you need to know Him
Christ the Messiah is the Savior of men
I presented my purpose, now present to me yours
To boast and to brag the most is no chore
I don't mean to sound negative, ain't puttin' ya down
But it appears kinda clear that you're just spinnin' around

Spin, then do it again
But no real direction is where you've been
You're spinnin' like a top or a merry-go-round
Your life song is like my break sound
Your rap is ego-filled, the milk has been spilled
And for this piece of advice, you won't be billed
But take heed to this info, like it came from ya kin folk
Remem' it ain't a whim but you will hear it again
Yo, listen kinda a close, you might need a dose
Of Decent Christian rap with DC Talk as your host
I'm not on the mic to boast but I submit a toast
Praise the Lord y'all sings a heavenly host
You're spinnin'

Stop grinnin' while you're spinnin' cause you're messin' up
You know I rap for the King who could be fillin' your cup
Enlightening lyrics can lengthen your life
Listen close, I don't boast, but illuminate Christ
Don't submit my name to fame, I don't claim to be down
Cause you'll see me going up when the trumpet sounds
Call it heavenbound while you're spinnin' round
I'm saved, hear me rave, I'll be wearing' a crown
Cause I'm in the Lord's army while satan's out to charm me
He won't harm me or disarm me, I know sin is gonna scar me
So I resist temptation, it comes in variation
Condemnation, devastation, you read in Revelation
God is love like a dove? His wrath will be keen!
What I mean is unseen, it won't be green
Crushin' satan, perpetratin' adversaries and foe
The Holy Word of God says they all gotta go
You're spinnin'

What's up, this is dc Talk
This song goes out to all you people
That have no direction in life
You people that are spinnin' round
Well I got news, God has a plan for your life,
He's just waitin' for you to ask Him for the map
So don't take it light