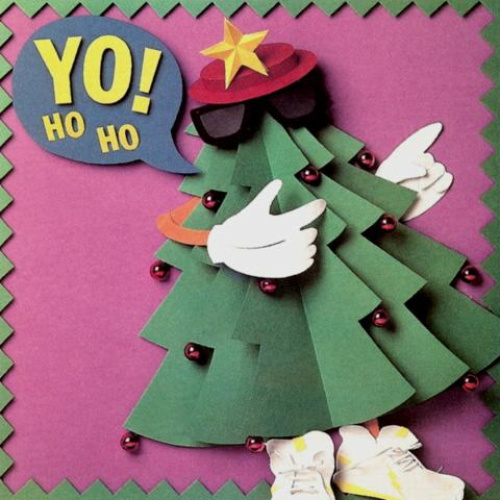 Yo! Ho Ho
by DC Talk

Yo ho ho, I'm good to go
Hypin' on the mic cause God said so
He said, "Yo, go out and fish for men"
A genuine commission that put us in
To tell you about our Savior and Lord
So if you wonder what's up well, you're in store
For more than a happy, go-lucky tune
About Christmas and how it's coming soon
This song will tell ya how it all began
And how man oh man seemed to change that plan
Know this to be true in black and white
God's Word said so so you know that's right
It's Christmas time

A Benz pulled up figured it was dis
So on twelve twenty-fifth give me all the gifts
I mean, each year Christmas rolls around
For mucho gifts the T was down
From stereo, mixers, to microphones
I caused pops to take ridiculous loans
Until a few years back I attended a play
About Christmas and it went this way:
People were illin' all across the land
It was tax season and the king had a plan
He sent all the people back to where they were born
For a census which I'm sure they adored
As we move down the line things start to get hairy
God chose Joseph and a virgin named Mary
By this time I was on the edge of my pew
But hold up I gotta break for a few

(bridge)
It's Christmas time
And all the gifts I find
But true love is
Found in Jesus Christ
Gloria
It ain't jingle bells, baby

Mary was a virgin but laden with child
Yo doc! yes? ponder that for a while
They grabbed a couple of mules started across the land
Their destination was called Bethlehem
Ya know, night had fallen they arrived in a fix
Cause every inn was full even Motel 6 word!
They got it goin' on in the west side of town
It wasn't quite home but they had a bed down
On this very night she delivered a babe
It was a boy God's Son comin' into the world to save
And unbind mankind from a serious debt
Called sin that God couldn't forget
Without sendin' His Son as a gift to man
He lived to be thirty-three and then died
For the plan of salvation so the choice is yours
The true gift of Christmas ain't found in stores