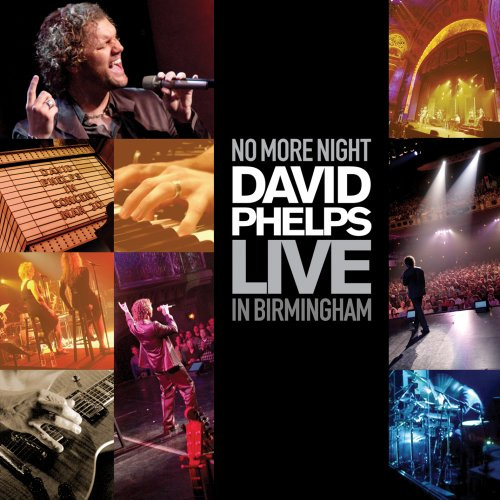 No More Night - Live in Birmingham by David Phelps

The angels got together in the Great Throne Room
Thought they'd pass some time by pickin' a tune.
Michael on guitar, Raphael on mandolin,
And Gabe, he was the leader on the old violin.
I think it was an elder said, "Whatcha gonna play?
Amazing Grace or how 'bout Happy Day."
The strings were all tuned and they were tappin' their feet
But just when they were ready to play the first beat,
God walked in the room and a hush filled the air.
Gabriel put down his bow and moved down to second chair.

It's not a bill that's up to be voted on.
It became a law when He wrote it in stone.
Number one in the list of His Big Ten.
When He came to earth He said it again.
It's been the same way since the beginning of time
So don't be fooled into thinking that it's not a crime.
He made it plain and clear it's not a rhyme or a riddle.
God don't play second fiddle.

I once knew a man that was climbin' the ladder
His portfolio was all that mattered.
He made lots of cash, didn't give much away,
His very best friend was his CPA.
A beautiful wife, two girls, and a boy
But his IRA was his pride and joy.
His own net worth became divine
At the alter of his bottom line.
But then the market turned and his bank account ran dry.
Betrayed by his money-god he just hung his head and cried.

No compromise. No way that He'll concede.
If He's gonnna play at all
It's just got to be the lead.
So let Him play....