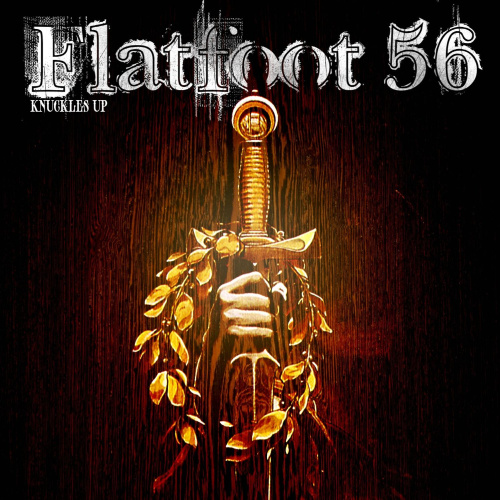 Knuckles Up by Flatfoot 56

Album: Knuckles Up
by Flatfoot 56

As I walk through this land,
I remember the boys who took a stand ,
Who stood there strong when things got tough,
They would shout and scream at the things that were rough,
No weapon formed against them would live,
A punch to the face, a kick to the rib
Their cause was justice and they strove to be pure,
All of hell shook when their knees hit the floor,

Never look back never give up,
There's someone behind who will pick you up,
I got a sword in my hand and I'm ready for the attack.