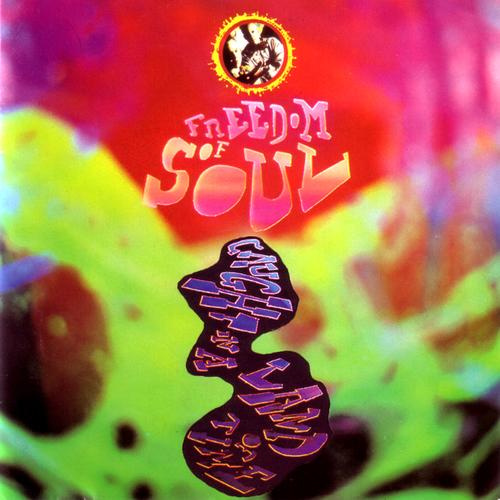 Album: Caught In A Land Of Time

7:23, that's what my clock read,
Feeling unfed, so I jumped out of bed,
Tore a glass of A.T. and I'm on my way to breathe the unclean air of the streets of L.A.,
I push by a sucker who offers me crack,
I said, "You must be whack," so I gave him a track,
The big question was; did he know where he was going?
The boy had no knowledge 'cause his life he was smoking,
He believed in God, but didn't know Jesus,
Brother, he ???
He was amazed, his eyes were glazed at the phrase that pays, which was:
My God died for you, and not Buddha dude, and that's the double truth, Ruth,
Saved another for God's army,
They can't harm me, or ever disarm me,
But the land of the free and mama's apple pie ain't nothin' but blue sky lies.

Waking in the morning from a deep sleep,
I was strong awakened by a shot and an engine that was roaring,
Sounds and smells of the city, very common,
Sounds of guns and spray painters bombing,
Turn on the tube to watch some TV,
The TV was boring, so I put on a CD,
Sweet, mellow sounds of the Soul flow through me,
Pick up a pen and write about the city,
Criminals and crime on the streets at night,
People are killed and gang members fight,
Flashing lights as the cops slowly pass by,
Girls on the corner give you the big eye,
Reamers and dreamers on the boulevard streets,
They need God in their hearts and shoes on their feet,
We feed people and others in lands far away, but people are starving in our land today,
Our nation's a body, is a nation that rival,
Fighting wars overseas, prophesied in the bible,
Judging our creed, race, look and colour,
Some say, "J.C. loves you, but sit in the back, brother,"
Man, I stay cool 'cause I'm a soulful fellow,
Won't get loud 'cause I'm just too mellow,
But I show the proof the land of the free and mama's apple pie ain't nothin' but blue sky lies.


A horn, a crash, the morning rush hour,
Ozone layer still losing power,
Recycled bottles, I hit my throttle,
The smoke I swallow, now I feel hollow,
Got to do my dues and get you saved,
My gramps cleared the road and my father paved,
AK selling, drive-by shooting,
Gang members dying, drugs are polluting,
They sink in the system,
The feds are trying to clinch me because I'm young they consider me a rebel, for writing a true rhyme,
In troubled times we need a loop line of justice,
Where's the elitist to the flag?
Like I say, in the future you'll chose to stay,
Your home is a house, but your trapped like a mouse,
You have no clout and there is no way out,
Knowledge is the key to end misery, you must find G, O, D,
But the land of the free and mama's apple pie ain't nothin' but blue sky lies.