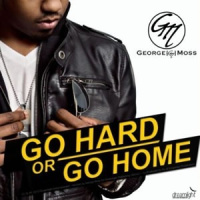 (Verse 1)
First let me apologize to the fans that's been waiting in the waiting room
While I was away I was training in the weight room
Over time my faith grew, I think I had a break through
But this is stuff that won't be televised on the late news
My "A" game I'm on it
I'm learning that my opponent
Has many different components
I really need to expose it
Cuz he's killin people everyday and they got no clue
But I read the end of the story and we do not lose
This here's a new year
There's so much to do here
Need a couple witnesses, I know I got a few here
Cuz I could kick up my feet and just watch it all happen
Honestly I would be fine if I was not rappin'
But Evil's on the grind so I gon be on my grind too
He does a good job hypnotizin us with pop tunes
But with this I'm telling Satin that "I see right through your costume.."
and "I won't stop until Jesus is raining like a monsoon!"

(Verse 2)
All my life they been telling me "G slow down"
But the end of this mission is so close now
So I'm up early with the plow to the ground
And I shine like the moon when the sun goes down
That means I'm just reflecting light, I'm not the source when I shine
A modern day John the Baptist, just so happens I rhyme

But seek the truth and you'll find, in chapter 15:5
That in order to bare fruit you must connect to the vine
That's why I'm so committed,
Don't speak it if I really don't live it
I'll be honest that I struggle with sin and

I ain't perfect and I'm willing to admit it

Yea, I got a lot of stuff on my plate,
Got a lot of big plans, lot of moves to make

I'm on the road in the winter, spring, summer, and fall
So when my phone rings I'm there to answer the call

Though some wanna see me get fatigued, they secretly


(Verse 3)
I'm well aware that I don't share the popular view.
But I ain't here to judge, I'm here to tell you the truth,
Rather you, take it or leave it. That choice is for you
Either way its all in vain if you don't put it to use
A life of following Christ is not painless
And you ain't gotta be Einstein, it's not brainless
When I explain this people claim I'm out of my mind
Why we eat a piece of bread, and take a sip of the wine
But if this cup means that I'll be rejected and persecuted
I'll pray its taken from me, yet willing to go through it
The truth has been so diluted, society's so polluted,
Where a nobel man is mocked, yet his killers will get saluted
Don't take much to prove it, especially with this music
But no matter what I know that it's destined to be disputed
But with love more then cupid, I'm a grind till it's concluded,

Plus I already promised my momma I'm gon do it!