The Lord Will Make a Way Somehow by Hezekiah Walker 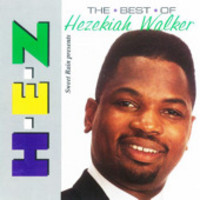 The Best of Hez by Hezekiah Walker

The Lord Will Make a Way Somehow
by Hezekiah Walker

Album: The Best of Hez

Chorus:
Like A ship that's tossed and driven,
Led by an angry sea
when the storms of life are raging,
and the spirit falls on me
I wonder what I have done
to make this race so hard to run

solo: then i say to my soul, soul take courage

Chior:lord will make a way some how

solo: because i know that he will

solo: then I say to my soul,
soul take courage

Solo:
see this jurney may not be easy
you did not say that it would be
sometimes i get so lonely and dishearted,
oooo lord, and I just dont wanna be bothered
then i began to think
lord what have i done,
to make this race so hard for me to run
then i say to my soul,
soul take courage

because i know that he will come through

Chior sings 'Somehow' in between each ad lib

oh you remember that somehow
i know he's comin thorough
ohh somehow
yea, yea..
ooo somehow (3)
he's comin thor for you and me
it may not be today it may not be tomorrow
but hes comin through somehow
cause he just god like that
he never let you down before (2)
you cant thrw in the towel
cause ge gonna make a way
oooo
I know hes gonna make a way
somehow....somehow...
he did it for daniel,in thelions den
he did it for the hebrew boys, in the firey furance
he did it for mary and martha, when he raised lazarus from the dead
dont forget about the five thousand, hungry souls he fed
ooooolord
i know hes gone do it somehow
ootooodadadadatodo 3
oooo
just a minute here we gone begin to think about the things that he's done for us
I dont know about you tonight, but my mind goes back, when I as sick in my body and could not get ll
but he healed my body and sent my sickness to hell, I said he came thrugh for me and thats why i gotta sing tonight..
tutatadododod ttaduudoo ooooo

somtimes i get so happy, when i think about all god has done, i just say ooooooo...oooooo
tuttataatddodo totottaaoo

he's gonna do it for you
he said if ya ways please him, i'll give you the desires of your heart
oooo yeah, somehow..