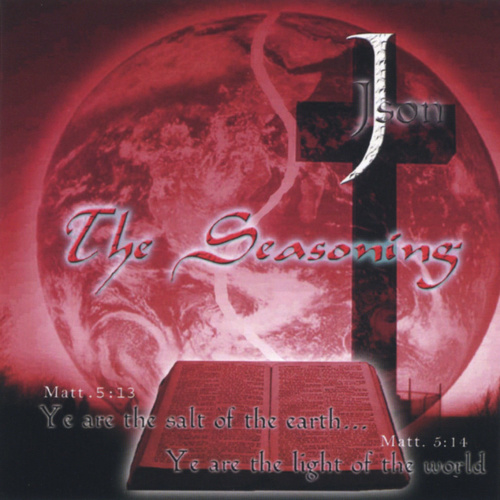 The Seasoning by Json

Let me show you they can't disguise or deceive
Even agnostics on scribes show their unconscious belief
Napoleons known to be a genius, this is his own thesis
He wrote there's got to be more to this man Jesus

Josephus said that He was alive
And Thallus talked about darkness covered the skies the moment Jesus was crucified
So how can skeptics say that He never lived
when unbelievers from the first century said that He did?

Well none of these dudes are biblical texts
They are historians that wrote about the physical facts
So unbelievers, I'm going keep it, outside of biblical text
To prove that Christ lived, died and had to have resurrected

‘Cause we got to give you people the truth,
Even if it means that we gotta dig deeper for the truth, He'll see us through
And we can't just sit at home inside of our prayer closets
Hit the bricks man up! It's time to go spread the Gospel. (X2)

Now they say on the cross that He never died,
And He faked his death but his strength was miraculously revived (uhh...)
Well there is no way that can be
When your crucified your arms stretch, your lungs drop, and there's no way you can breath

Don't take it from me, ‘cause the proofs scientific
From the same dudes you use for your evolutional witness
The truth is depicted. Their saying that the Bible has lies
they used ropes, and people's hands and feet were actually tied

Well let's separate the fake from the real
For a century man was found with a stake stuck in his heel
So that proves that this procedure was actually used
And if skeptics are the ones lying why are the Christians accused?

Now they say that he never rose from the earth
Well if you question the resurrection explain to me that wrote to the church
See if Peter had denied to His face, then He had to have seen Him after the rise
Then tell me why else would Peter die for the faith?

I urge you to not be deceived
Because they have no proof to refute the truth in which we believe
Luke was indeed, a historian that was great
Wouldn't make an ounce of sense to write in a incalculable faith

I'm just trying to back the facts of this
You can't deny conclusive truth just because it is miraculous.
If you wonder after the curtain was cracked
If He rised to the right hand of the Father

Yeah, it's certain of that