Get Your Weight Up by K-Drama 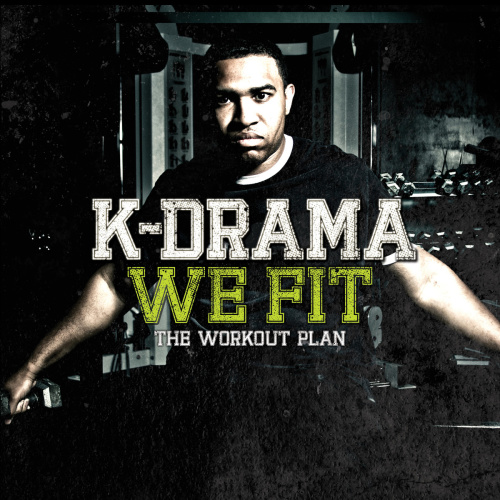 We Fit - The Workout Plan - Deluxe by K-Drama

Get Your Weight Up
by K-Drama

Album: We Fit - The Workout Plan - Deluxe
by K-Drama

VERSE 1
If pain is weakness leaving the body then I cry every black night/Tryna get my act right, trying to get my pack tight/Cause that might be the reason why I lost the last fight/Cause I couldn't recall word of the 1 I'm trying to act like/People wanna act like they don't wanna feel me/Like everyone is chiseled, I gotta bring the real me/The stretch marks, the ill me, the sinful, the filthy/ain't what you expected, get a refund, bill me/But the Body's looking sluggish, Christian rappers wanna thug it/Christian's pulled to sin every time their flesh is tuggin'/"Anyone living holy?"  Sound familiar?/What happened to being different, I thought we were Peculiar/But folks can't tell the difference, we do the same things they do/This earth is so temporal, Eternal is Jesus/We need discipline, gotta start resisting sin/Wanna carry your cross?  Then you gotta/

VERSE 2
I got the top trainer, Dae Dae in my corner/Strategy on my mind, leave him to the coroner/They think I'm shadow boxing, the crowd starts mocking/Not seeing my fight even though they are watching/But they aren't paying attention, we don't fight against flesh/this slugfest ain't easy for me to pass unlike a drug test/Cause this mess, I'm attracted to, but I'm trying to counteract it dude/Seems like in the day I'm acting cool then at night it comes straight out the blue/Back then in the Spirit, I use to look puny/A scrub in the ER like George Clooney/Suffering from malnourishment & dehydration/I didn't live for Jesus, I lived for the sensation/But that really depressed me, empty is how it left me/Because it's so short lived, now it doesn't impress me/I live for what's eternal, I live life on the bench press/Cause muscles don't come without resistance, so/

VERSE 3
It's easier to resist sin that doesn't mean much/You Wouldn't do it no way because that's not your lust/But what's the thing that competes with Jesus for your heart/The sin that attracts you, ranks highest on your chart/Trust me, I've been there, sometimes I'm still there/I overcome sin but still have to peel layers/Of deep rooted wrongdoing, so frustrating/I love God but I wished it showed in my patience/Cause that's where the power comes, that's where the peace comes/That's where the fulfillment comes, that's where the beast comes/When you start working out your salvation/With fear and trembling, call it formation/So let's up the ante, sin no longer amp's me/Gotta read the manual, His Word does the clamping/When I press towards God I press away sin/Sin is the weight and I'm bench pressing/