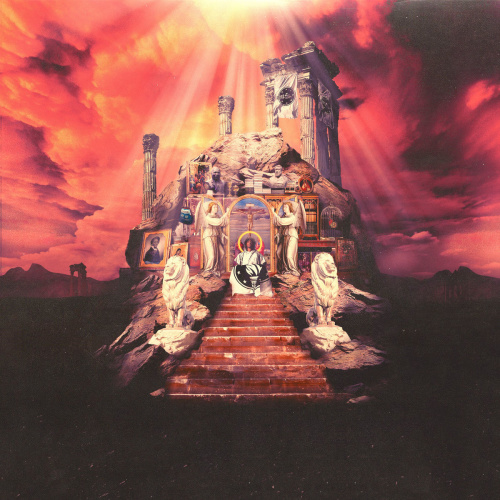 Today We Rebel by KB

Verse 1
Look, was Christ really buried?
Is His whole story very fairy and that was just a man?
Did they really find His bones and then lied to keep the code
Or did He walk out of a tomb to a throne?
Was He God? Was He not?
Did He buy us a spot in the Heaven or is all this a ruse?
Are we just delusional dudes who refuse
To believe in the truth, are we fools?
Is all this the white man religion?
European invention to drive the weak to submission
How can an African like me get the vision
When these preachers owned slaves
But taught that freedom was Christian?
Christ of the culture, Christ to the vultures
Committed genocide with a cross and a holster
Christ of America, Christ of the system
That is not my Savior, that's a politician

Hook: KB
Christ that the Lord knows
Christ that was foretold
Christ that's sure to come back in His war clothes
Which Christ do you believe?
You gotta know before you leave

Verse 2: KB
Yes, He did arrive, yes, He was alive
Brown Middle Eastern, definitely wasn't white
No, He never married, He never had any wives
But committed His life to a interracial bride
Yes, He did rise days after He died
God of the oppressed, even in it, He still thrives
Died as a criminal from the hood part of town
What can I say? Yes, He is God
From the womb to the tomb to the throne
You can go to the moon but you can't hold to His bones
Nobody owns a saint, portraits are all failing
He made us in his own image, Da Vinci returned the favor
But He is still risen, He is still risen, He is still risen
Over the guns and supremacists, over all the division
Over the wicked intentions, the real One is livin'
Christ of the Galilee, Christ of the Nazareth
Christ that will vindicate, He will make it right again
Christ that was worshipped by the ancient of Africans
Many men claimed Him but did He ever claim them?

Hook: KB
Christ that the Lord knows
Christ that was foretold
Christ that's sure to come back in His war clothes
Which Christ do you believe?
You gotta know before you leave
Lets leave

Outro: Lisa Sharon Harper & Doctor Jarvis Williams
Now the thing I would argue is that race isn't even real
It's something that we create in order to determine how the polset the people will live together on this land it's a political construct
What's real is ethnicity, what's real is the people groups who move through time, in space and land and are shaped by their experiences together. So I would argue we need to reclaim ethnicity
Yeah, He is the Messiah and that what is prioritized and that these are the categories that we have to work with. But Jesus doesn't sit nicely and neatly with our categories
And scripture tells us clearly if you are human you are created in the image of God therefore called by God to help steward the world