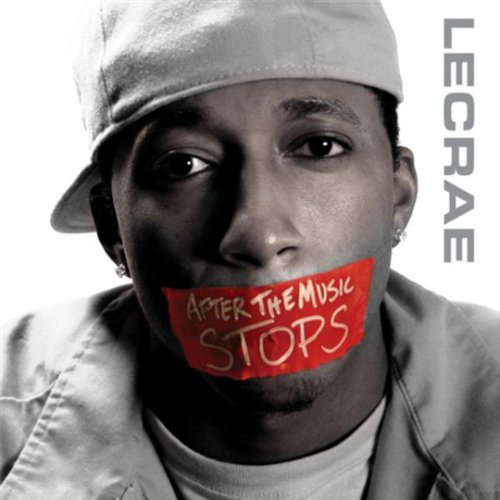 After The Music Stops by Lecrae

Album: After The Music Stops

I know you never knew you pops much but you knew the block huh livin in a cruel world seein your daddy locked up no cards no letters never saw your graduation left you insecure and feelin like you was in "agutation" so you rebeled he don't want you you don't care tryna cover up the pain with the anger your stare theres a danger in the air you can smell it you can tell theres somethin wrong wit you you got the hurt and take it home wit you, you thought that you could drink or smoke it away, well maybe money take your problems and just throw them away, but you was wrong and you knew it all along feelin emty in your soul but you gotta let it go runnin and duckin cuz you know that your wrong your soul ain't satisfied wit women wit ti songs and the three blocks on gotcha feelin trap ina lap to a of a life style you wanta leave and neva turn back (neva turn back)

I understand being broken feelin low down and hopeless mice in the walls Nd' the kitchen got roaches gotta catch the bus because the cars repossed the bills keep comin so you keep gettin stressed
and you keep skippin church you think you don't need it you rather drive around and drink a fifth instead of readin now you life seem heavy you say you ain't ready to believe Christ died for the sins of the city, you sins ain't pretty you can see that plain ya keep sayin that you gonna change but you ain't changed, ye can't change you ain't got the power within the problem ain't what you 'peatin" on the problem is sin, yeah

Ya head spinnin you dizy you need a break huh you workin 13 hours in one day huh you ain't feelin god thinkin he ain't feelin you your heart and pockets both broke life here is killin you you been to church before but you ain't goin back cuz all that prayin you did ain't bring your momma back and now the drama back where you gonna turn this is real this is life you gotta talk bout it you can't just let it burn let em turn you around if you burden about some things you did in your past ain't concerning the now my father forgives sinners on his sons only stain, he streched out his wrists and took a lot of pain to claim you.

Yes, Feel like nobody love you, you know what I'm sayin and like nobody wants you around but you know, if something ain' right wit you, you can't keep runnin and hidin, duckin and ignoring the truth for a long time knowin that Christ paid for sin feelin lie you can't turn to him for whatever reason man tryna solve your own problems you can't do it talk to him trust in him you know what I'm sayin let him change you around let him get wit you let work wit you you ain't to far gone you ain't neva to far gone. yeah