A Time To Speak by Levi The Poet 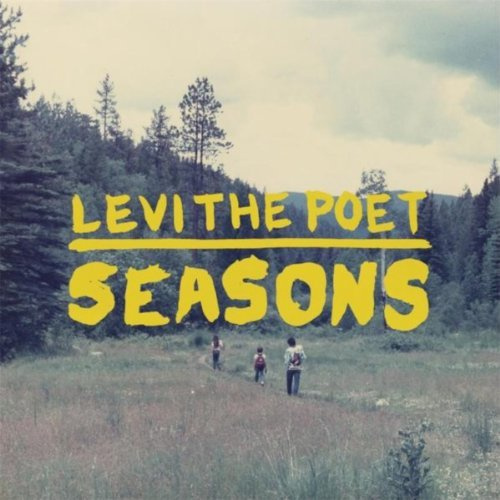 A Time To Speak
by Levi The Poet

When the speaking ceases, I know I'll stand alone at the foot of a mountain (as a footstool), feet sinking into the quiet beneath the mouth of a fool, thinking, "Be still and know that I am God!" Beneath storehouses of snow and storehouses of hail, with my head hung low, "I've failed! I've failed!" (My life was never mine at all.)

At the fall, when Eve stood subservient before the serpent, flicking his tongue, with his tail choking out the root: "I'll make a god out of you; you'll be the fruit of my labor. Together you and I will never die, like the creator!" (But God, I make such a terrible maker.) And the devil's eyes dance from side to side while Adam stands idly by, pointing his finger. I swear passivity will prove to be the root of all evil, while the mouth, like an open grave, shifts the blame...

But I can speak out venom tethered behind my teeth (as sharp as the next man's, or any beast on a leash). Yeah it's poisonous, it's cunning, it's a venomous seed. It's the fear that I breed. If gives root to a need to drag an audience down with me.

King David had knees as hard as camel's, but I'm working on burning the enamel off my teeth, fuming, "My tongue is a rudder and a forest fire and the whole ship is ablaze, sinking into the sea!" Mutiny! Mutiny!

We will not stand for your hand of peace that you sweep over the waves, we do not want to be saved! I killed a man in my dreams. Woke up weeping to realize how much the hate in our hearts was getting to me. Well out of its overflow, the mouth speaks, so we are attached, and I am guilty of rash promises, a fool's voice, and a hasty muscle that beats uncontrollably, and yet: like the pulse of the tumult colliding against brave Peter's sense of safety, I act in control of my breathing until I am out of breath and then cry out, "Heaven! Save me!"

Hands cuffed over our ears! Mouths open and rash promises we fail to follow through as we offer them up like they hold conviction and when they come up lacking we can always blame you. It's so convenient that I can make my passivity your responsibility - praise and curse you when I want to. So may blessing pour from my mouth, Lord, when I think that you are worth it (but I reserve the right to withhold it all on the days that you don't deserve it).

James, sometimes I'm afraid I may have been grafted into a vine just to spark a flame that burns branches, bridges, and overwhelms the grapes (left raisins that betray the image of said glorious name before the rooster crows at the end of the age). God! I need grace bigger than my mouth! I need mercy that resounds ten thousand times as loud. I need redemption that rings clearer than my distortion. I need you.

I made it a goal: to write down a page a day, but then my chest started aching, and my legs started shaking uncontrollably; anxiety that swallowed whatever words I thought I had to say until I drowned myself whole behind those thick, paned-glass windows (the world beyond, but a transparency unbreakable). Tangled syllables, lost letters and words that mean nothing, but I'm trying to learn how to create a landscape from torn paper, a dry brush and vapor, as if I'm the creator who makes something out of blank space. Catering my forward motion to an audience, like I'm the only creature in the ocean that got God's backhand with bitter providence, and wondering what it means to sing, "God left me!" and breathe, simultaneously. (As if I could utter another complain, hammer in another stake, or raise up and insurrection against the king who bore my fate without the common grace he gave me.)

We're all hypocrites, baby. We've all got serpents in our throats that strike at one another's heels and hiss as if to boast the pressure between the tongue and the roof of my mouth would be enough to withhold the heel that already crushed the entire skull.

I need grace bigger than my mouth. I need mercy that resounds ten thousand times as loud. I need redemption that creates a new song from my distortion. I need you.