When Heaven Scrapes the Pavement by Mars Ill 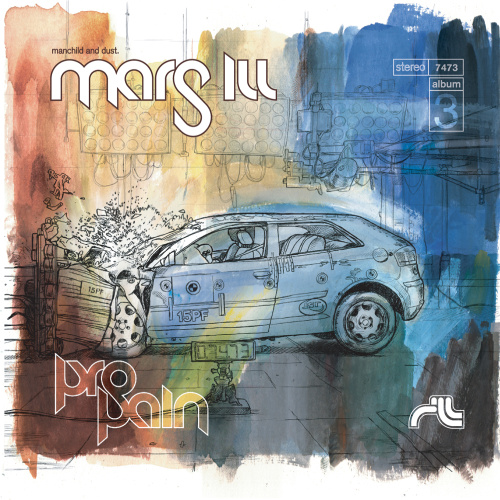 When Heaven Scrapes the Pavement
by Mars Ill

i think i can remember it
don't mean to sound ignorant
just need a minute to picture it
it musta been, yeah, ok, it's all coming back again
the time and frame of mind are all things i've gotta factor in
it was on a back road, i skated off the two-lane
tried to light a cigarette but my lighter was lacking butane
and the one in my old pick-up truck has been busted for eons
when the engine died that evening, no piston to lean on
i was less than surprised, i sat and rested my eyes
but the cold it chilled my bones, and felt like death in disguise
started hoofin' it, lookin' for farmhouse with arms out
finally felt what loneliness is all about
if ya'll doubt the next part of my story, well it's ok
you're not the first, but i swear up and down that it's all true and it's not rehearsed
i was walking through a clearing, a pasture, an open field, a meadow, a..
yeah alright, ok, i guess you know the deal
how was i supposed to feel? i saw the flashing all well
some moth-man prophecy, area 51, roswell
a bit horizon, ufo sighting, my stomach sinking back
looking at the spinning hovercraft without no strings attached
jaw dropped, frozen, not knowing who i'm seeing
there's a party in the crop circles and i'm the only human being
30 seconds sat silent then pierced the sky in a flash
not sure if it was me or them that had the last laugh
but i looked at something special, my seat was on the first row
heaven became domestic when it touched my dirt road
am i cursed to know what happened, or blessed? man listen
beauty's in the eyes with a 20/20 vision, like that

yeah, all right, ok, that first story just set the tone
fiction in a poem, a parallel for you to get the song
the next one is true, without a doubt absolutely
i'll defend it to my death and your heart is the judge and jury
in 1993, i saw something in the concrete
i'd been walking in a world that really didn't want me
i couldn't see my hand in front of my face
a room full of people, but i felt like i was the only one in the place
a space cadet, jet streaming waiting for the evening
wine, women, and song were the toxins i was breathing
but what i saw, what i seen, what i felt, what i looked at
left me shook visibly, but i took what was given me
brushed by angel's wings, it ushered in a change in me
saw Christ on the cross and realized what pain should be
i aint delusional but, man, how beautiful
i take and relate it to ya'll and make it musical
heaven scrapes the pavement everywhere
from the western hemisphere to third world, you can get it there
i'll take better care of neighbors and strangers, of rappers and djs
of breakers and painters, of my wife and my daughters, my friends and my fans
God's standing next to you wherever you stand
in the eyes of a child or in the eyes of a vagrant (no doubt)
that's where heaven scrapes the pavement