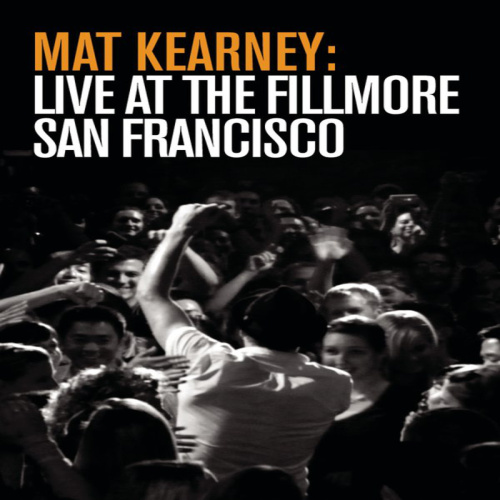 Live At The Fillmore San Francisco by Mat Kearney

my girl america is just a youth is this world
her smile is more precious than the sparkle of pearls
and though her age reads she's just a young girl
the age behind her eyes show the pain that she's swirled
through the hand that's been dealt though it's quiet as kept
the weight was all felt last night when she slept
and as she crept into the dreams of the things of her past
seems to have grown so fast, way beyond her own class
though they're right there with her, her brothers and her sisters
a natural born leader even when her peers dis her
my girl, she's at a crossroads, people praying for her
some are preying on her magazine ads, sex, drama
smoking marijuana, longing for a father to call her, ‘daughter'
she's part of a generation longing for reconciliation
and this future that they're facing and this poison that they're tasting
my girl, i know this love that your chasing

boys with hungry eyes have been beating her door
telling her that's what she's for, trying to rob at her core
then leave calling her a whore, but still she knows there's more
i know she knows there's more because there is a voice she can't ignore
‘cause it was founded in the foundations, from the day of her creation
in God we trust engraved on the treasures of her nation
and the void that the boys can't fill
with the tipping of the bottle or the popping of the pill
but still most of her friends don't care as they glare
ready to drown down the funnel as they frown down the tunnel
they stumble and the tumble breaking down into rubble
my girl america, stop can't you see
it's not the circumstances that determine who you're gonna be
but how you deal with these problems and pains that come your way

it's for you that i pray with hope for a brighter day
and so i say, your deliverance is coming

faith like a child from your first birth
you left it in the dirt on your worst hurt
and i see each tear and every scar
the hands that have held you where you are
and i can see we've strayed so far
a king born under that morning star
as a crown of thorns was placed to erase
each tear that's touched your face
and his palms and sides where pierced with spears
he hung in love just to draw you near
my girl, out of this whole world
can't you see this is where we started