Son of God by Neon Cross 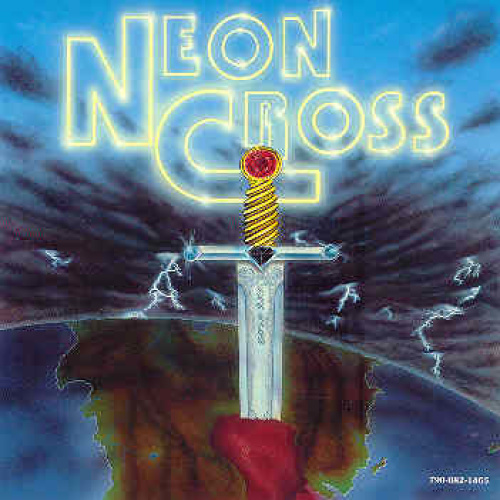 Son of God
by Neon Cross

(The ring of metal striking metal is muted first by flesh and then by wood. Blood splatters. Pain builds and finally he screams.)

(While hoisted in place this angry, defiant man looks to see "The Son of God" fall beneath the weight of the cross he must carry up Golgatha and mocks)

You've got power, Son of God - now you're dying.

Soldier: They came to jeer, to laugh, to scoff and to scorn.
Behold the "King of the Jews" and His crown of thorns.
"We have no king but Caesar" I heard the priest say.
Well, I don't believe those religious folks ya know.
They're all hypocrites anyway.

Jesus: Father forgive them. They know not what they do.

Second Thief: Have you no shame? No Godly fear?
You would mock innocent blood?
You and I, we know why we're here.
When you come into your kingdom, Lord, will you remember me?

Jesus: Verily today we well be together in paradise

Soldier: You've got power, Son of God - now you're dying