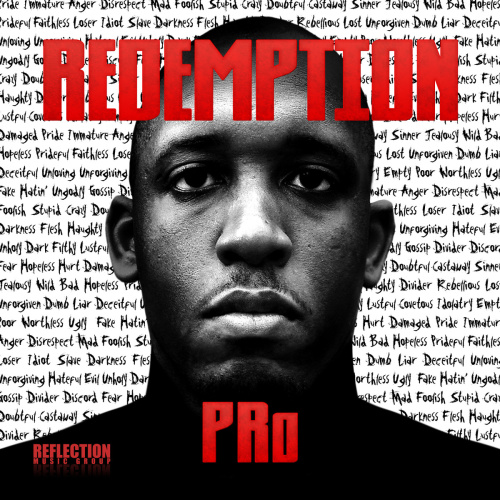 Uh, Yeah, Look
I put it down for the homeboys, rep hard
And no set trippin. Homeboy, I rep God
I bout the Jesus if you wonder why I'm living
See the cross on my back if you wanna get specific
Tell me user it in the game, I suggest you do the same
You'll never lose the pain, doing lines of cocaine
There's no substitute for the truth,
You can check the graveyard if you looking for proof (give it out man)
See the wages of sin will have you casket fresh
But you'll be in a casket losing a match with death
Man I wanna see the most High lifted up most high
So ya'll will look upon Him and finally see the true light

I'm bout choppin up truth wit the brethren
Under the King cuz nobody is ahead of Him
All my allegiance to the Lord I give, and get low like the ying yang twins, that's the lane I'm in
Yeah I'm back pimpin', satan tried to sift me
Cling to the cross tell 'em get gone quickly
So when I die remember me as a believer, my identity is found in the one we call Jesus (Christ)
I lean on 'em like my leg broke (leg broke)
Was a dirt bag but the Spirit clean wit the best soap (best soap)
DNA homie, dead now alive, was an enemy of God now adopted to the Christ

I'm bout layin down my gift at the throne
So that mean I put my ego in a choke hold
My everything in the Lord who I trust on, cuz through Him I been redeemed like a coupon (cha-ching)
You can call me a weirdo I like dat, I aint tryna fit in my Father on His way back
You can have the world I don't need no part
Illegal alien and I don't wanna green card
A citizen to the church now, if 'Blackout' birth a king then I'm castin my crown
To the feet of the Savior, only one that could save us
We was once dead, but the Spirit was sent to raise us