The Introduction by Serge 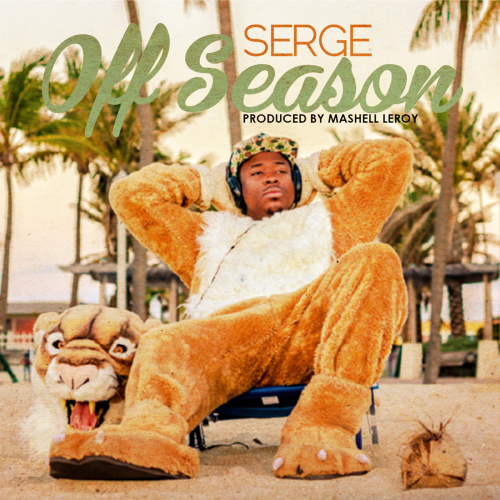 Off Season by Serge

The Introduction
by Serge

Verse 1
Yeah, Off Season
How it all started?
They used to call us S.O.G, that was M.I.C
Me, Sciple, Young Save, Say-jay, Young G
S.O.G, The Sons of God, that was us
Performing at them small churches but they showed us love
Junior year
Remember when we wore them big white tee's
Baggy jeans, shirt long they went down to our knees
17 is when i fell in love with music
Shout out to Woody cause man, you introduced me to it
High School
We got booked to do a couple shows
On the way there, what to expect? You never know
We rapped in front of twenty people sometimes
Messed up sound systems and we'd forget out lines
Sa-sa-say they skip ? them days though
We got annoyed but in the car we laughed about it on the way home
Recordin' in people room and people closest
Studio time, we scraped chains to pay them twenty dollars
We had some drama and then I went solo
Still friends, I just did the music on my own
I learned to make beats on Fruity Loops
Then I wrote and recorded my first solo song was called "Me & You"
About a year passed and then we graduated
Two years later, decided to not be separated
The boys were back together, started a new beginning
Chased up the crew name, now you can call us authentic
We was all in it, we dropped a mix tape
And then an album after a couple members changed
Shortly after there was an unexpected outcome
J'son called me and wanted me on his album
We did Passin', the homie showed love
Then Flame hit me up and I featured on 'Royal Flush'
Some started asking about my music
Well thank you for your patience now allow me to properly introduce you to it

Verse 2
You thought that I was just gon' keep it slow
I'm from Miami, Boy, you must not know
Every time I said it just know I meant it
So even though I'm so lost, I'm so authentic
I just play my position, we was up in the kitchen
Cooking up this music like I'm eatin' then clean up the dishes
The team is vicious, CTF in the buildin'
Boy, you ain't know the movement was screaming out we authentic
It's finished, cause see he did it
You ain't had no part in it
Guilty from the beginning but Jesus made us acquitted
So, if you was dead but now alive it was part of the plan
On Christ, the rock, you stand all on the ground
You sink in sand
Why he chose me to be ?
The alphabet don't give advice but still I'm asking "Why?"
I don't know but I know that it was unconditional
And for the glory of his grace he came and saved my soul
So, say "Hello" to the team
That's my show, Oskaloosa, and now you hearin' from me
Yeah, if we been quiet trust me when i say we was asleepin'
The whole time we was cryin' in the 'Off Season'