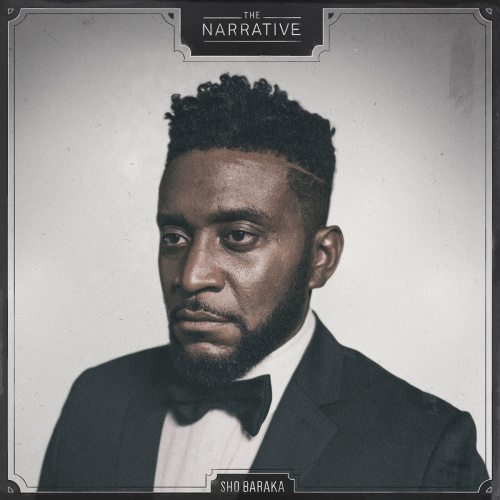 Verse 1
I was angry, I was bitter
I was filled with pride
I was selfish, I was foolish to believe those lies
I loved hate, loved me
Loved rage, loved greed
I didn't love God, I just loved his things
Loved approval, loved sex
Loved money, loved fame
But I ain't the same
Thank the Lord I changed
I'm trying to fight idolatry and lust
Being good ain't enough so in God I trust

Hook
I got faith
Seeking restitution from all my mistakes
Look me in my face, homeboy, you see grace
Still unashamed, just in a new space
I'm just a little more humble now

Verse 2
In those Cali streets acting foolish
Tried to run with those gangsters
I'm allergic to those bullets
They say Sho be a rapper or a hooper
In Golden State, I'm a warrior surrounded by those shooters
Dad raised in the slums, mama from them jor downs
Moved around like the circus, so I was born to clown
My childhood goal was to get em' to remember me
It took me 19 years to find my identity
Went to school on some extra cool, TU, Number 1 HBCU
I was glad that the Lord found me, because he was never lost
Once blind, but now I see more than I ever saw
Check the cross, is he someone you can hang with?
Realized that my views were so tainted
You might have a picture of truth, but he framed it
You can disagree with history, but can't change it
So, now I mix a little Augustin with Dubois
A little Selassie I, mix it with Mahalia's joy
A C.S. Lewis mind with some Phyllis Wheatley art
A little Sojourner spirit, with a King David heart
Clicked up with some brothers, we were ready to reach
With a mic and a track, we was ready to preach
Nothing too deep, nothing too deep
A bunch of Justin Timberlakes, we were all in sync but
Years later, I felt I lost my core mission
I was just rapping for these rich kids
Like the night before Christmas
No love lost, I just went independent
New vision, took risks, some worked some didn't
Met Swoope, got high, J.R. stay fly
Met the dopest female since Lauryn Hill's rise
One album was classic, I wish it would've lasted but
Then, I met James, new sound, new fashion
I never claimed I was the best, the first, or the coolest but
One thing you can't do is doubt my influence
I know the Father, but I'm viewed like a bastard
I think my friends only share their struggles in the past tense
I've been stressing, I've been fighting off depression
Instead of confessing my obsession with being impressive
Hearing the chatter, hoping I would be your favorite
Even when they hating me, I should be loving my neighbor
Sometimes, I just wanna be anonymous
The problem is I love my pride too much but
Then, I love his bride too much but
Then, I think about the lives I've touched
Back when I wasn't thirsty for mainstream attention
When I was geeked on a retweet or a single mention
When I wasn't too concerned about keeping my platform
When it was ten in the crowd, I was happy to rap for em'
I wasn't too busy to pick up the phone
Back when I was geeked just to get a beep from Tony Stone
Now, they like happy you back, it was backwards for a minute
Bring the fire to the homies, and evacuate the tenants
Recharge, remodeled, reinvented
When they thought I was finished
I came back to shock the critics
A trendsetter, something like Nikki Tesla
I had bright ideas, but Edison may do it better
Or steal it or whatever
You can call it a shot, I just call it being clever
Chimney flow, I wish I would bring the heat
Like a double amputee, I will never see the feet
I'm rounding third base, I'm giving jokers the gas face
Like how he stand cool without a fanbase?
Your favorite artist sounds so fake
If I wanna hear Drake, I would just listen to Drake
Sho, you stupid
Why they sound outdated, when they copying the future?
Not to sound obnoxious or seem rude but
When I'm around these crabs, I see food
We sell our souls for the fame and applause
Is a rapper just a prostitute with better PR
Executives are looking like some pimps
I gave up lifting bars like I'm always in the gym
I'm deeply loved, I'm forgiven, I have vision
He has changed my condition on the day he was risen
The price tag on my body bag was too expensive
I was poor in spirit so I broke out of prison
Ask those Coptics and Eygptians, persecuted Christians
I have tools to fight giants, I don't need Saul's equipment
I know struggle, I had failed, I ain't scared to admit it
It's an honor and a privilege to be made in his image
I have joy, I have peace in the midst of hate
Thank the Lord for his grace, because now I say

Hook
I got faith
Seeking restitution from all my mistakes
Look me in my face, homeboy, you see grace
Still unashamed, just in a new space
I'm just a little more humble now