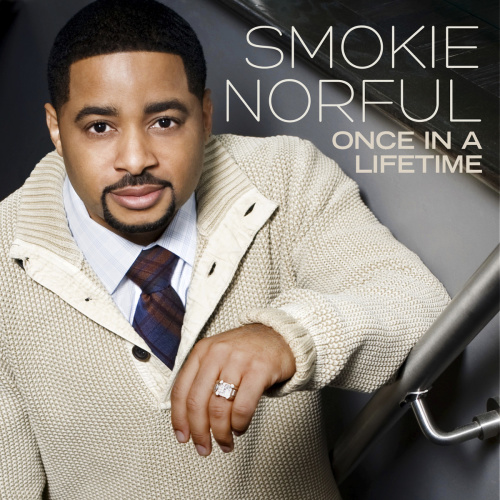 Once In A Lifetime by Smokie Norful

Album: Once In A Lifetime

I was preaching a sermon one Sunday and uh
It was about, it was a parable
And it was talking about the uh, the disciples and Jesus
When they were going through a corn field
And they began to pick the corn

And the Pharisees, the legalistics of the day, they came
And they were chastising them that
'Why are you doing this on the Sabbath?'

They had this whole discourse and dialog between the two of them
Jesus was saying, 'Listen, do you, do you not remember that you
You, yourself aren't even worthy
You guys break unleavened bread on, on the Sabbath
And you kill the sacrifice, you clean the sacrifice'

But in the course of the whole thing what I realize is that
The dialog was between the Pharisees or the religious leaders of the day
Was between the dignitaries, the officials of the Church and Jesus
The disciples never uttered a word

He literally started embodying his permanent position in our lives
Because he stepped in between the law and the people
He says, 'No, I'm Grace and because of Me
They don't have to defend themselves to you'

'But even in their wrong, My blood will speak on their behalf
And I will just', somebody should have shouted right there
Because He didn't kill you for all the sinful acts that you committed
But he justified you

God bless me with this song, it simply speaks the life of that message
And I'm just excited to be able to share it with you

Hey, justified me, glorified me
Paid my ransom and I've been redeemed by his blood
Go to Calvary, I've been made free
Despite my enemy, I thank God, I'm justified

Paid a price for my life
And all that was wrong, His love made it right
Now what greater sign can any man show?
That know with his own blood He made me whole

He justified me, glorified me
Paid my ransom and I've been redeemed by his blood
Go to calvary, I've been made free
Despite my enemy, I thank God, I'm justified

If my sins had their way I never would have made it
With a debt I just couldn't afford to pay, He came and saved me
When the enemy said that I couldn't, God said go ahead
Because you're covered by me awesome, awesome powerful blood

Though I, I should've been dead and never kept alive
God's grace and his mercy were on every side
When it looks like I can't, God says I can
And he won't let me fall in the enemy's hand

If you be honest with yourself tonight
If it hadn't been for the grace of God
You would've been, you could've been
Yeah, listen, hey

Some of y'all got it twisted, listen
(Not guilt)
If it hadn't been for God
(God did it)

You wouldn't have made it
Hey, don't get confused about who kept you
Hey
(God did it)

One more time if your praise is ringing say God did it
(God did it)
Hey yeah, yeah, hey
(God did it)