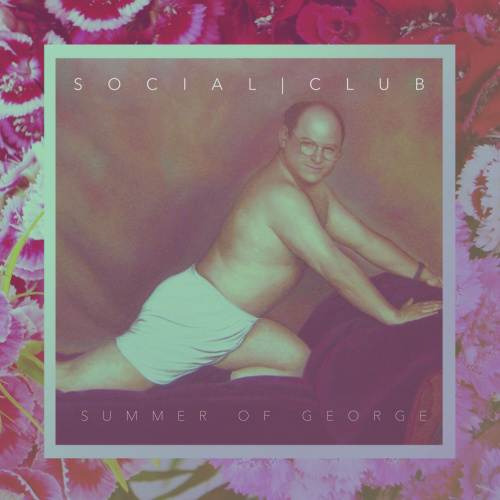 Summer of George by Social Club

Verse 1: MartyMar
No room for normal, I could never come back
Christians told me to go to Hell and I already done that
Social Club misfit gang I know they love that
And we killing everything, follow the blood tracks
I'm feeling like this movement is unstoppable
Only God is with us, everything else has gotta go
Tomorrow is not promised, I'm just on a roll
And finding a good girl feels impossible
They said I would die by 18
I'm 25 now, my nightmares became a day dream
They said we'd be crucified by the mainstream
But record labels love us, they say that we amazing
More chains than Mr. T from the A Team
Got a thing for gold, my pop's say the same thing
All praise to the Son of God, King of Kings
Rejected by the world the flow is in my veins

Verse 2: F.E.R.N.
I ain't worried about nothing, nothing
No hurried by nothing, nothing
Time fly by my birthday again
The last thing I'm thinking about is stunting, stunting
What you worried about brother?
Me? Not much covered, covered
With that blood I'm smothered, smothered
One true God, no other, other
It's them again, Social Club with that medicine
Rolling around in my city, whole hood gonna ride with me
In and out be my maneuvers, wake you up from your stupor
Me and Marty gonna ruin parties, but this music what we came thru for
Junior, march like Martin Luther
Tell them that my God resurrected, and the reason that we came thru for
They like we messing up the game plan
They see the wave man, it's nothing but grace fam
New space jams, Social Club is the clique
Jesus Christ is the savior who we rolling wit
Till it's over wit, it's how you supposed to get
Prodigal son, back home where I'm supposed to live
Fernie