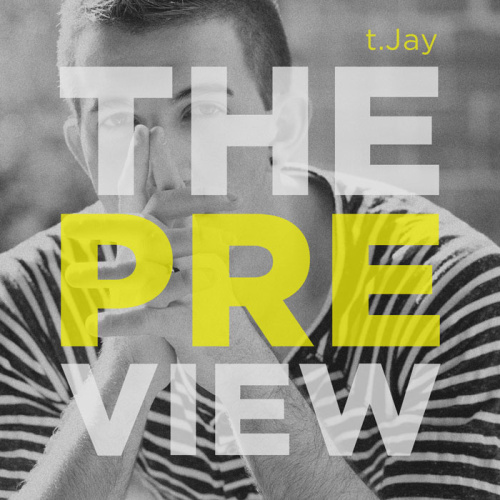 The Pre View by T-Jay

First stop, hop off the tour bus, right up in the
middle of the New York rush, I just wanna get
into the hotel, no more fuss, but
before I went up, I was torn in my gut!

'Cause sittin' right outside the front door was,
a man with a cardboard hut, he was the
type I was typically prone to ignore but, this
time I was torn to explore who he was...

So I went over and said, "What's up?", and right then I
met a man named George Lutz, I asked him how his
day was, he said, "It's poor cause, I've been
out here for four months.. Unemployment got the

best of me, then the world took the rest of me, made
me a test dummy with a pessimistic mind, so I
tried to numb with drugs all the stress I was runnin' from,
fleein' from my past and the mess I left behind."

"I see... You feel like the world has the upper hand.
But please George you gotta understand,
There's one simple answer to your mourning, and it's that
Jesus is sayin' this to you every morning."

When you wake up feeling
that all hope is leaving
Hold on, I see a better day
On its way

After a show in Chicago,
one particular person, came up to the
table and we started conversing…
His name was Cory Knight, I dug a little deeper,
tryin' to get the info on the story of his life.

An open book, often overlooked,
Here's another young man coping 'cause he's shook.
At one point, I asked about his parents, it became apparent,
he became transparent and said,

"My pops always said he didn't need me, couldn't afford to feed me,
eventually started beatin' me! Sexually abused me!
Then left when I was 9, and mama left too!
When I was 2! So what's a boy to do?!"

I said, "Look… I do understand, how
you could have anger and resentment. 'Cause it would
seem that your parents mistakes affected your
past and your present… But your future?

That's a different story, it's in God's hands.
He wants to utilize it for His glory!
Cory! Your hope is formed before thee, 'cause your reward is
stored up in the Lord's dormitory. And more see?!

There's more to you and me than meets the eye, 'cause I
too was sexually abused by an older guy, but I
found refuge in a Cross, knowing only
Christ could restore what I'd lost and
He wants the same for you… A better day."

When you wake up feeling
that all hope is leaving
Hold on, I see a better day
On its way

I know I can change your life, I know I'll make a change
I can see a better day, I know it's on its way (Repeat 1X)