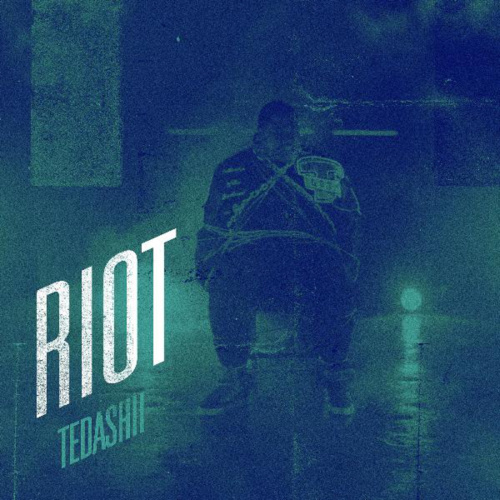 Riot, I said everybody riot
Tell 'em if they want, come try it
I mean, make war, everybody fightin'
Done with them secrets, yep I ain't keepin' quiet
They say this won't hurt me, they lying
They just tryin' to merk me, slowly I'm dying
Lie, they lie, now they trying to ... us pride
My pride, choke button, this a slaughter house
Trying to hold on, but it's hard
Screaming Oh my, oh my, oh-oh my God!

Whoa! Slave on this track, and sin is the pimp son
Homer chokin' out your seed, Bart Simpson
Danger, man, cause this thing is a monster
Pro said fight cause sin, it'll harm ya
So that's what I do, till I hear the bell ring
Startin' up a riot, that's a everyday thing

Okay, battle lines drawn, face paint on
When the opposition come, it's time to drop bombs
War clothes on, you can call it under armour
God-given weapons so the enemy won't harm ya
Yes, I'm a snitch, or you can say informer
Call it what you wanna, ay I'm just tryin' to warn ya
Keep it on the low, watch your name become a tabloid
Sin, can't avoid it, but we still tryin' to pay for it

And you will till you riot, fight with everything
'cause the law can beat you down, Rodney King
And you just tryin to get along
You don't see that nothin' wrong
But when you get alone, you trin' to get it on
But with the Lord, ain't no such thing as secret
He know what you finna say, way before you speak it
Knows what you finna look at before you see it
Knows everything, so confess it man, seek Him

Ye-ye-ye, ye-ye-yeah (x4)
La di da da, we come back and reload
La di da da, don't hold back, here we go
La di da da, I know what we fo' sho'
La di da da, hold it down and let's go
Cause I refuse to be the one lying on the son
Like He don't change lives, I'm alive, look what
He's done,
I'm a product of confession man, every line's a lesson
I repent and tell it, no occupation, profession