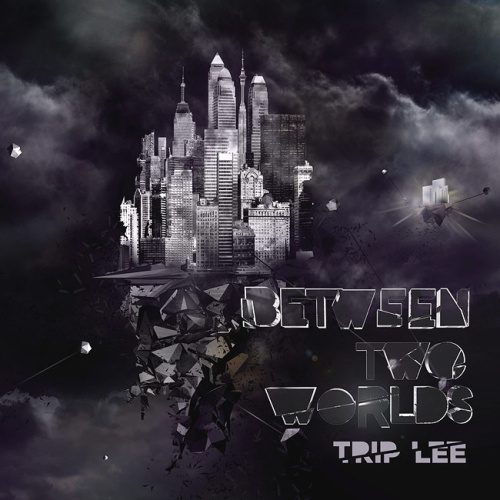 Between Two Worlds by Trip Lee

(Trip lee)
Do not be deceived my beloved brothers, every good gift and every perfect gift is from above, coming down from the Father of Lights, don't get it twisted man

(Lecrae)
Uh yea, its Wayne gretzky on his neck piece,(huh) got em feeling real hefty on his best week. Huh but let see (lets see), he say he make it rain, but yet the sky's still bluer than a gas flame. I mean let's make it plain, somebody keep 'em breathin', keep his blood flowin', and keep his heart beatin'. God keep em eatin', and it ain't no secret,don't get it twisted God gave him what he needed.(speed it up!) My life ain't never been mine, yeah I work hard and yeah I grind, but not to get rich man not to shine, not to get rich man not to shine. And I don't boast much I don't brag, cause everything I got man I got it from dad, and matter fact ain't one thing I have,
That God ain't put here in my hand,
So I say remember that your legs work, cause of em next time you running for your goals think who's really running it. Everything is under him planets, countries, cities, hoods, don't get it twisted God did it, done it, got it!? Good1

(Trip Lee)
Yes sir, back on that thang, reflectin on life an its happiness mayne, since I was born I had what I needed, when I think back aint been lackin a thang. Clothes i got, soda pop, the home I got, the cash in the bank, the bros I got, the shows I rock, none of us lacked it was passed from the King, So many things was on to us, we holdin up on some dough for lunch and I'd say my grace and then get with the game. Never really thought of his mercy flows, never really heard the words before, every good thing is comin' down from the Father of Lights like a passionate rain. Yeah tell them to get back, yeah how they think they get that, my Father gave me gift wrap though He don't have to give jack. We ain't earned a single thing, oh homie, don't miss that, He gives because he's merciful now spit that, don't get it twisted. Hey yeah some of us are strugglin' they off in hoods, but still get mo' than they deserve look all he He does is good, He gives freely and He's perfect in His distribution, look, don't get it screwed up like you live in (Houston).

This'l: Some things that I think are good in life they make me nervous, anything my father give me though I know it's perfect, anything I get besides my death I don't deserve it, used to think that I was good to have cash splurging (ooo!). I was a trap star, sixteen phat car, anything that made me feel good was good, that far, kept them bangers with me like I'm good, gon' act hard, even kept that green bay too (yeah - Brett Farve). See my whole thought of good was out of context, didn't know what good was cause I hadn't seen the Son yet, ran around with different girls like it was a contest, young and dumb, foolish, too, I was on some nonsense (ooo!). Thought it was good that the whole hood heard of me, they thought it was good that other hoods wanna murder me, somebody call the cops cause it's an emergency, now I know what good is - it's God's love and mercy.