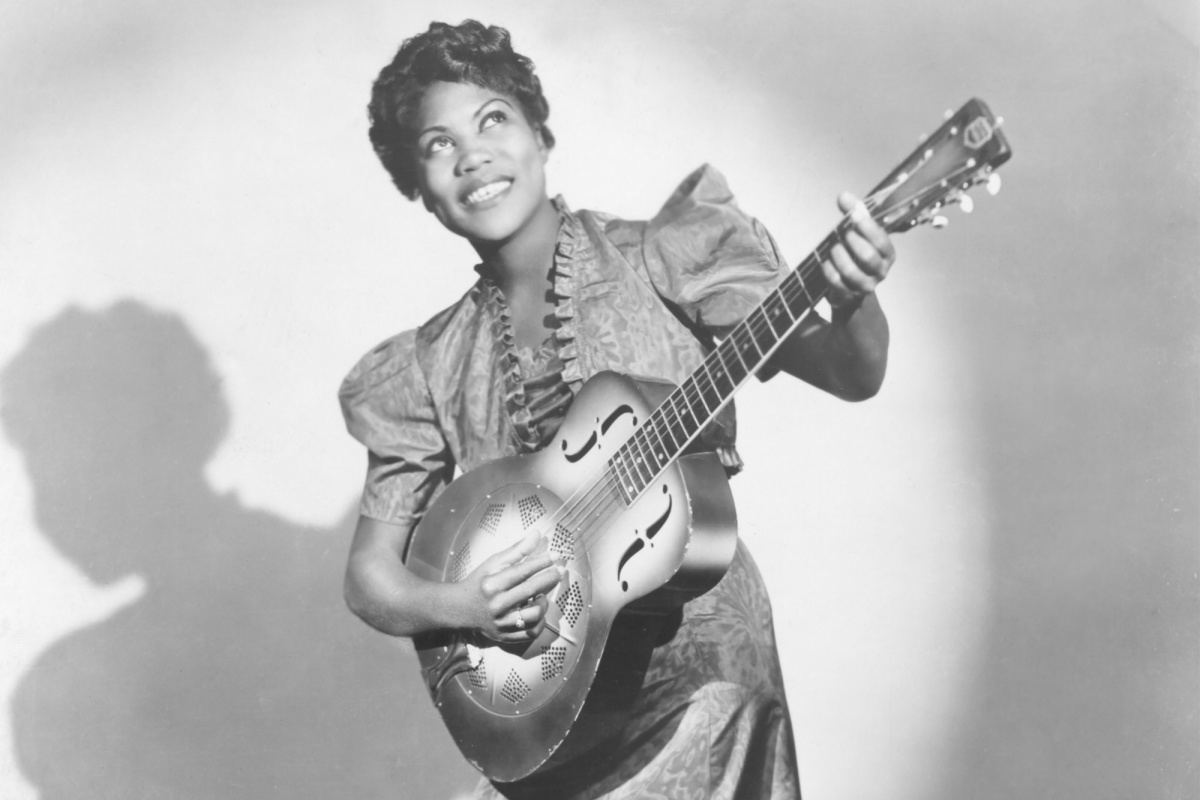 en.wikipedia.org/wiki/Sister_Rosetta_Tharpe
Sister Rosetta Tharpe (March 20, 1915 – October 9, 1973) was an American singer, songwriter, guitarist and recording artist. A pioneer of mid-20th-century music, she attained popularity in the 1930s and 1940s with her gospel recordings, characterized by a unique mixture of spiritual lyrics and rhythmic accompaniment that was a precursor of rock and roll. She was the first great recording star of gospel music and among the first gospel musicians to appeal to rhythm-and-blues and rock-and-roll audiences, later being referred to as "the original soul sister" and "the godmother of rock and roll".