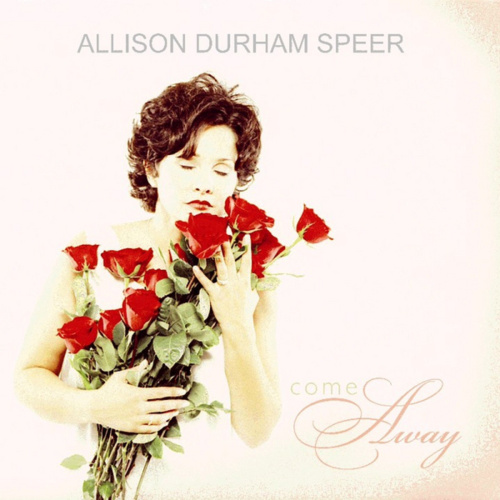 Come Away by Allison Durham Speer

Tears dripped off of her crimson face
She covered her head tried to hide in shame
Caught and condemned, now she can't get away
Just a pawn in the hands of a Pharisee game.
Then the noise and the rage of the frenzied grew
As they struggled for the power in an ageless fued.
As she softly cried, they again reviewed
The obvious fate of this ill-repute.
Then a voice of love ended all debate.
His words of hope sent the crowds away.
The hands that flung the stars in space
Lifted her face as she heard Him say,

The courtroom crowd grew quiet and still
As the white robed judge called truth appeared.
And the ring of the gavel brought a fierce debate
As the players of eternity decided my fate.
In the light of the truth I could clearly see
That the facts made the trial a formality
And my accuser stood with bated breath
Confident conviction would end in death
But from a blood stained cross to a witness stand
Walked a man with hope in his nailed scared hands
The words He spoke brought me sweet release whispered
He whispered, "I've a friend that you need to meet"