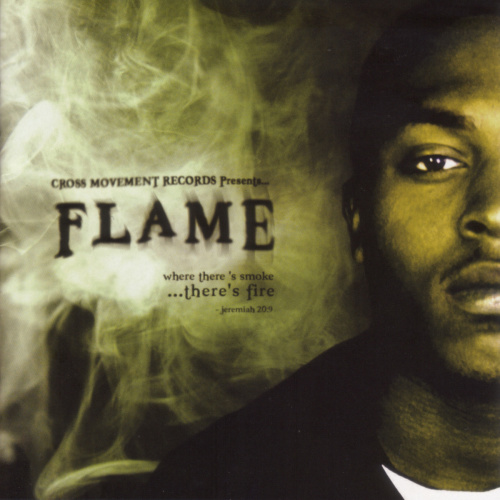 (Verse One)
As I rightly divide, between truth and lies
I can present with proof how He knew these guys
Were goin' to cry on Him, spit on Him and gonna lie on Him
Third day from layin' away was gonna rise on them
Took His righteousness purged my sin
Blood drippin' from the cross as He urges men
Some servin' Him, puttin' position to come and bird with Him
I mean to fly, most definitely want to fly
If I draw nigh to Him He'll draw nigh to me
I see God through Him that d-e-a-t-h settin' me
Straight from all angles, givin' charge to all angels the star spangled
Banner doesn't have anything on Hosanna
Cause the manner, in which He does things for His offspring
As awesome as it seems, it's right and good
Cause I'm flossin' the King tonight in 'hoods

(Verse Two)
First I was unclean, it was so dark I was unseen
Now my light beams, runnin' to Christ or it might seem
That I might cling, to the righteousness of the King
Or I might fiend, for the dream of the bigger things
Cause the earth is His, castin' in my cares cause my hurt is His
Writin' my songs and my verse is His
The body of Christ or the church is His
I search the Scriptures of God to see what my purpose is
To give Him glory now I recognize, I testified
Then I blessed the God that rectified
My wickedness when I was petrified, edified
The body of Christ for them kingdom lies
Or kingdom livin' all of us Christians are forgiven for that awful livin'
To the beginners don't assemble yourself with the sinners
All of us and Jesus are winners, now I look right
Cause of the blood now I look white
I'm goin' higher in Christ so now I book flight