The Great Deception by Flame 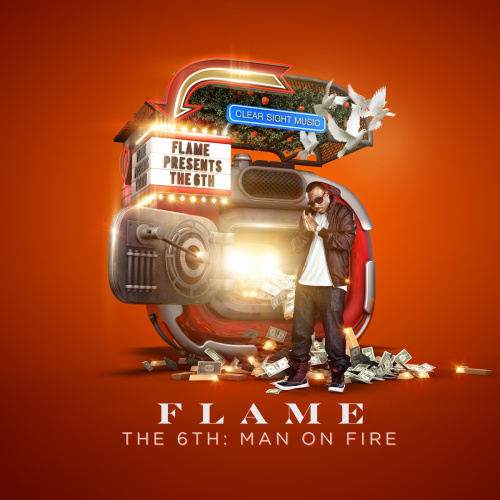 The 6th - Man on Fire by Flame

The Great Deception
by Flame

See the king and the queen, they were under bosses
Ruling everything, their dominion was exhausted
(Now let every creeping thing) except for God himself
And each other, but they represented God himself

In his image of perfection, joy, bliss, it was paradise
But I can hear the ploy, the hiss (no more being nice)
Of the serpent who slithers in the grass
And calls into question, the giver of the task (are you sure)
I know they brew over me (I'm the beast of the field)
But how can I persuade them (gotta get us out their minds)
Make'em think that they are animals (make'em think they are the king)
Then I can degrade them (then I got'em, I got'em)
This is my plot, but I'll have to use their appetites to twit them in a knot
(Tell'em they can be like God) Then maybe I can win
If I could use Adam's appetite to make him sin

Chorus:
I never saw me stumbling, I never thought I'd fall
The day that You created me, I knew You gave Your all
You put so much of You in me
I almost lost it all
The great deception (ception, ception, ception)

From the dawn of history, the mystery of lawlessness
Hijack the cosmic order, interrupted flawlessness
Introduce fallenness and now the servant-king
Who used to rule the land forfeited everything
And now the image bearers, Adam and Eve
Gave up their authority and were forced to leave
The sanctuary of Eden, The world was the kingdom
But Adam brought the curse
Because of his disobedience
Now demonic powers, rule the universe
Satan is the leader, and death is the curse
The Father sent Jesus, to come press reverse
But he had to hit the wilderness first
To overcome temptation, overcome sin
These are the things that are common to man
And that's exactly what he did, after the resurrection
The safest place to be is in Him for protection
For perfection
For correction
To escape the great deception