No Plan B by Group 1 Crew 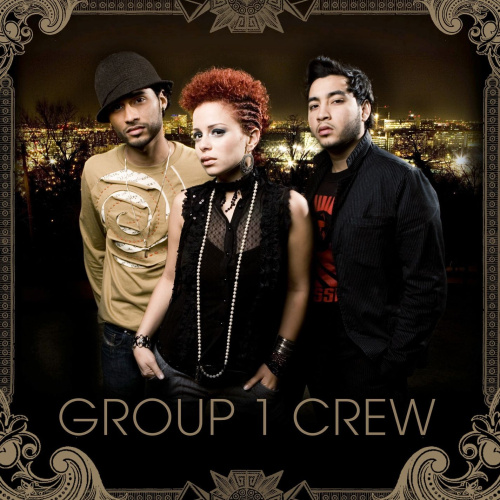 No Plan B
by Group 1 Crew

We don't want to leave until we making history so here we go...

v1:
They tell me get as much as you can before it all stops
One minute they love you, then the next you flop
But I'm not a part of this game to just claim the top
I rock to better define the meaning of hot its not
Hard to find how these lines take life

Into the form of your boy that be melting this mic
I spit heat, but heat can't alter your mind
Without the Truth being spoken that the broken can find, I've been down one too many times but I want to blow up like Kanye and touch the sky

So I can teach all my people what it means to fly and see they life at a height that's parallel to God's eyes.
I want to leave a legacy that's beyond any song
That belongs on the top of the charts it ain't wrong
But I got to make it clear we ain't going nowhere
'til our faith takes place of the air now breathe it in

We going rickety rock, rock cause we can
To the tigity top its hot play our jam,
You can believe it or not its not up to man,
We've been given what we've been given to give it and

v2:
Yo its crunch time cause we racing time to leave a mark in time where people got to
Busy to even want to know about themselves
Even less the ones they love
And we noticed their predicament
Therefore we showed up
Hold up you know my crew

Calling your bluff
If you ain't spitting truth, better check the lines you bust, I can hear the fuss
He's this and he's that
How about educating minds with the lines that you rap; lets consider that we raising the bar

Healing the scars, injecting an antidote
In those who are called to bring forth a future that our seeds can evolve into a mindset where they can reach for the stars

Bridge
Yo since I was a little girl I've longed for the place that we at. I've been close so many times yet something would lack from whack songs I moved on and now it's a fact. I'm like a chain see I'm a neckless I can't look back, in my twenties and I'm steadily headed for more ground.

We got one shot to reach the top to watch out, for the crew who be making moves like checkmate
Just wait ain't no plan B homie just plan A