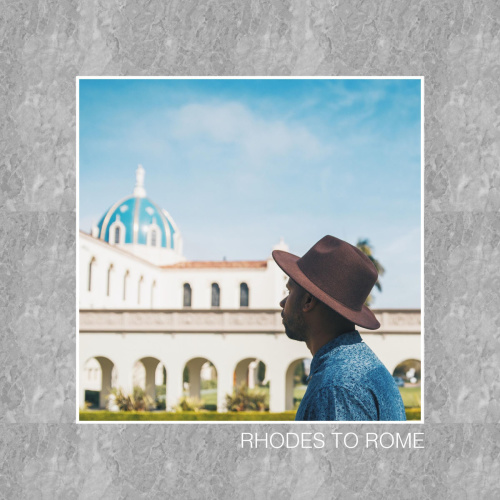 Rhodes to Rome
by Nomis

Verse 1:
I was told Rome wasn't built in a day
work hard stay, stay humble, and everything you built gonna stay
then away went the creative space thats essential
then placed in a state existential
I'm so dramatic but the reason, an artist like me then creates
is we have to, this art is like breathing
but dog I'm tired
I tried to blame Karma, she a dog gone liar
and honors attacked,
Dr. King suffered, the same fate as Osama Bin Laden wheres the Karma in that?
Big Pharma's intact with an opioid crisis
I believe in "cause & effect" so now I'm looking to my vices

Rome wasn't built in a day (3x)
But for all who bleed through it, do all roads lead to it

but on an odd night I saw light,
looked in the mirror, and then remembered the reflection there is God like
bearing the image of omnipotence
the sentiment was there, but buried in the fear of tryna get the rent
(Fear), that's the operative now isn't it
Once I learned that, all the gray went away as if a prism lit
Full color spectrum of infinity
It all works for good, which directly effects my identity
i've gotta find the lesson, (I'm working on it)
For reals I've gotta find the lesson, (I'm working on it)
Just another tale of the doubtful
The lesson isn't if we fail, it's the tale of learning how to

Chorus:
Rome wasn't built in a day
But for all who bleed through it, do all roads lead to it
(4x)


Verse 2:
today you took another L
Well live in that, hell swim in that, dive deep
immersed in the depths 'till your eyes meet
Your revelation, disguised in betrayal and pain
My teeth grit, then I eat what's been
Then spit, but the gems I keep
'Cause "blessed is the one whose sin
The Lord will never count against them"... IV

Rome wasn't built in a day (3x)
But for all who bleed through it, do all roads lead to it

when in speak, I'll truth you with no plan
To "YouTube guru", or "5 step program"
they lie cause they know the needs
Of their followers, is to follow their steps with total ease
to benefit masses, is A generous mask
For you to see to make you believe they hold the keys
And since we brought it up, I rebuke the falsehood
That if you isn't popping now, then you ain't working hard enough

forget that school of thought
Ditch that pull to stop, knowing you can out spit that fool
Let them drums knock at gutter shows, Ink dry and shutter close
Vectorize or finalize that novel that you should've wrote
Arose from the concrete another rose, Utter those words
In another words believe in yourself
Give an offering that's all of you,
Put in the hours, works as hard at your craft as you do with your follow through

Call a crew and build with your friends, not just to build follows
and don't follow trends let them follow you
Be inspired by dopeness, take license
but theres a line dividing inspired and Mike Tyson
Be inspired by your favorites
but truthfully that line is what truly separates you from the greatest
No guaranteed success in the traditional way
but Rome wasn't built in a day
they told me that...

Chorus:
Rome wasn't built in a day
But for all who bleed through it, do all roads lead to it
(4x)