I Bet He Lying by PRo 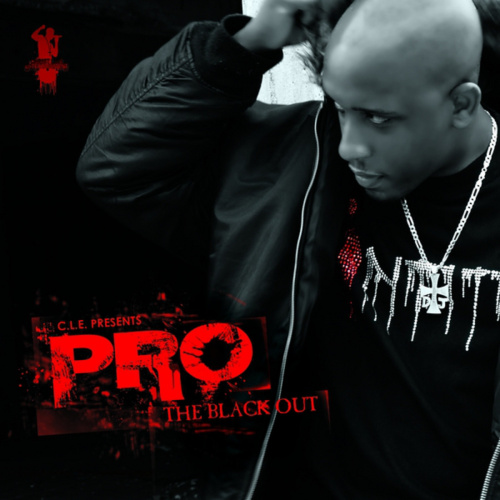 Black Out by PRo

I Bet He Lying
by PRo

Album: Black Out
by PRo

Hoes(?) say his neck froze always got plenty dough, talkin bout how he ball... I ain't seen it at all. I bet he lying (4X)
He say it ties in with them 20 inch rims, a couple old schools I ain't even seen them that's why I bet he lying (4X)

Now I can tell that a lot of yall frontin... say ya getting money but... WE AIN'T SEEN NUTTIN... that's why I never pay attention to these rappers they grind dyslexic, hustling backwards
You know the deal, Pro keep it real, Christ on my chain I rep something that real!
So while you coonin' for a deal it makes no sense, it's obvious that your job makes no sense
We can tell that you broke cause ain't naa one of ya records moved out the sto
It's just a dollar. Why you worship a creation? Why you fakin? If they take it to me how you gon replace it?

Everybody's a balla, everybody's a hustler, a million dope dealers and everybody's a customer,
Everybody's a pimp, Everybody's gorilla, he don't play that homie, everybody's a killa
When the microphone off and the camera's on pause... I still keep it real. What about yall?
I don't think so, it's all fabricated. Ya image foogazey (urban dictionary) ya record label made it.
That's what I'm talking about, everything you talking bout has been talked about it ain't nothing new out ya mouth

That's why don't nobody even pay attention. Real recognize real... we ain't seein you pimpin

Homie I hear ya talkin and everything ya barking... but I don't believe you be walkin round with them guns sparkin,
Save us the drama, erase it from ya grammar, nobody believe you it just make you look wacker
Now everybody want a piece of the pie, so every time you buy a record eat a piece of the lie,
You know you not ballin, advance money's a loan, yeah you got a fly whip but you don't even own a home
You bought ya chain from the hair supply sto, Heatup'n (?) that bread only time you see dough,
Why should I bother even listen to you flow, until you start coming real you will never see Pro
Chorus.

Let's do it like this... if you got so much money... why don't you put it in the hood? Why don't you help build some more schools? How about you feed some of these homeless out here? Nah you ain't gon do that... cause 1... you too selfish to think about anything outside of yourself and on top of that... YOU DON'T EVEN GOT THE DOUGH... Yo record label is... that's they dough! That's not yours! You gotta pay that back! Hahaha wow!