Forgive Me for Asking by Propaganda 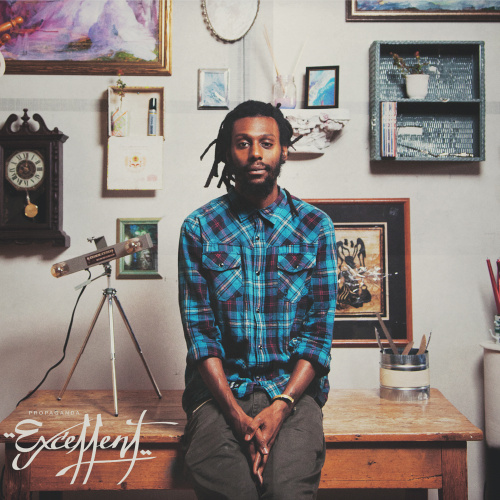 Forgive Me for Asking
by Propaganda

Question: this is embarrassing
You ever been scared you had no idea what you were talking about?
Yeah, me too
Honesty perplexed
I've lied and so have you
Christians
Lying

Like your eyes are 100% always satisfied by your spouse
And you don't need accountability
Neither of which is biblical, by the way
Your eyes are never satisfied
Us, overgrown primates with egos
Lying

You quote the devil when you declare yourself okay!
You get it but you don't get it
Like you've never planted your Chuck Taylors firmly in the sinking sand...
You're lying

We for centuries sing hymns of grace
And this is why it's amazing!
And if it's not, you don't understand…

Which is why your friends don't believe you
There is just as much Jesus' blood on your hand as there is His.
You sure you understand the cross?

Muslims— excuse my boldness— but what if you're lying, too?
Like you don't ever have questions?
As if you've never wondered why Allah's ears only hear directionally
And if you accidentally pointed slightly north easterly then you've blasphemed?

As if the thought has never crossed your mind
That the Jihad has interpreted the Quran correctly
And you are what we Christians would call 'lukewarm'?
Which makes you much more like my evanjellyfish churchianity would allow me to admit
And you can call me on it; I'll deny it, just don't believe me
Because I'm lying

I strain at gnats, I focus on silliness
I act like God has joined a political party just like you

As if you've never thought
"What if I was paralyzed and I can't make my pilgrimage to Mecca
Yet I follow the text better than my whole family? Is there enough mercy for me?"

I know it's wrong for me to front like I understand your theology
As well as I think I understand mine
But I know we can agree on this:
Something is deathly wrong with us

And you, smarty pants, don't front
Like the little you know about our universe
You ready to draw conclusions about its origins?
Maybe we don't know as much as we think we do…
Science still can't explain yawning
Like you never took your world view to its furthest conclusions?

Them is fingernail-on-chalkboard words, ain't 'em?

Maybe I'm wrong, maybe you're right
Maybe we'll find out the day after the world ends
Yeah, I guess we're all a little inconsistent
Maybe we can just show each other some grace

You ever bury yourself in self-righteous guilt?
(Huh, me too.)

Are there fresh tally marks on the walls of your brain's prison
(Mine, too)
Hoping that the count of good deeds outnumber the bad ones?

Are your miserable failures your badges of honor?

And when you count those tallies
And the day the good outnumber the bad
Pat yourself on the back:
You have joined the rest of humanity
You, too, are lying

You ever think to yourself
"I have no idea what I'm talking about"?
Yeah, me too