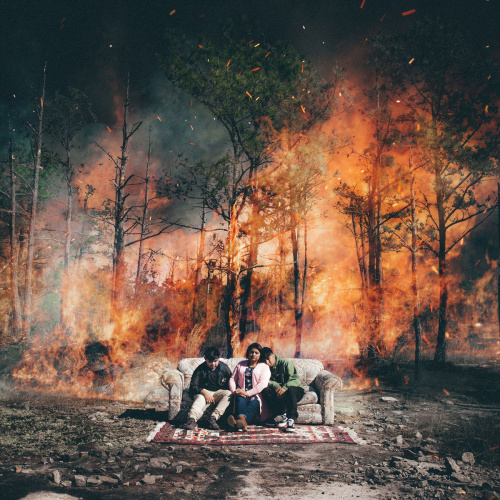 Verse 1: WHATUPRG
Northside hero
Young Latino, heh
Tryna make the best of what they give my people, huh
Papa was an alien, the flow illegal, huh
I been at the bottom, you can't kill my ego
Brother want a pizza, we got Little Caesars
We ain't had no money, we had to break even
Check to check to check to check to check on every weekend
But even on the deep end, whole family eatin'
I felt right at home on the microphone
Paid the studio, with the title loan
I saw Daddy work, hardest to provide
They still lost the whip, but we ain't lose the drive

Verse 2: WHATUPRG & 1K Phew
C'est la vie
I had things I had to learn, I had to grieve
Momma told me Abba takin' care of me
I believe, I believe, but sometimes I just wanna get the piece, I need peace
Where'd it come from?
Why it gotta be like that?
Comin' at me like that
Talkin' that chit don't chat (Don't talk)
You know my clique don't clack (Yeah)
Phew

Verse 3: WHATUPRG & Lecrae
Northside up, A-Town down
Everything I did, man, it came back 'round
I been really winnin', I don't fake my smile
Momma waitin' on me, man I can't back down
Listen, I did things I can't remember that I can't take back
Started pushin' culture, they was all fake mad
People in my comments want the old 'Crae back
Finally cut the locks, now it's no take backs
Pardon my manners, I'm cuttin' the chatter, but I gotta eat, eat, eat
Used to be up every night, when I made it to class there was Z, Z, Z
They wouldn't listen, now they in my mentions like "What up RG, G, G"
It's a team, Abba passin' for the 3 and you know it's swish!