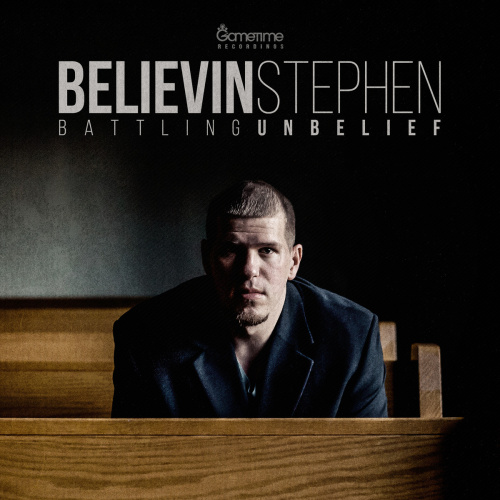 When I go through tough times I'm learning to lean on the Father and tell him everything that I'm going through instead of trying to do everything in my own strength.

I'm a strength coach, help athletes in the weight room
That's my full time, on the side I make tunes
Powerlifting- I'm nationally ranked
Ah, he's gonna boast? Naw, actually I ain't
Cause everything I have, I have to give thanks
It's only by grace I don't collapse and break
I might look strong, but that's kinda ironic
Cuz I am weak without Christ if I'm honest
Spiritually, plus physically I get my strength from Him
I know I let Him down when I fall so I hate my sin
Without sustaining grace, I'd fall straight on my face
Unable to pace on this walk with no strength with weights
Are you getting the clue? I'm not better than you
I've done worse things than you ever could do
I deserve to burn in hell forever, my dude
Sayin I'm a good person could never be true
You wish you were good enough, and so you aim to try
But God chose what is weak here to shame the wise
Thinking we're good people is the greatest lie!
We're jacked up and sinful, that's why Christ came to die
He ached and cried, relates to my pain inside
Never sinned once, even though Satan tried (to make him fall)
Was obedient to death and then he'd later rise
Now I try to copy Christ like I plagiarized

Every woman who said they loved me, left me
Except my mom, no wonder my heart's heavy
It seems it never goes right, like a lefty
This stretched me, but still God blessed me
I'm broken hearted, but yet still wanna grow regardless
Tryna protect my heart more now, so I guard it
After what I been through, how am I suppose to feel?
With so many fakes how can I know who's real?
But I'm fighting self-pity I'm tryna grow and heal
I cast my cares on the Lord, and I go and kneel
Yea I pray to my Father, I'll never bow to Satan
It's a test, when I'm faced with these allegations
In this mess, my flesh wants retaliation
Thoughts of punishing them in my imagination
I know I must forgive them for these aggravations
I can't depend on a person for my validation --- 16 bars
I'm married to the pain, and I'm carrying the shame
Am I to blame? This ain't fair it should change
If you were in my shoes, then you might cry too
You might not like to, but you find this true

I feel like a second class Christian
Cause when I say I'm not married they act different
It seems like God's blessing all my peers
With godly wives, where's mine? I'm wrestling my fears
Been praying now for one for like several years
Will it always end likes this? Me shedding tears
Gotta check my heart when I feel jealous hatin,
When friends get engaged I should be celebratin – 24 bars
While I'm waiting, I'm aware of sin
I'm prone to the danger of comparison
If God sent His only Son to pay for our sins
Won't He give us with grace all things?
We have not cause we ask not, need to know this
If we ask and don't have, gotta check our motives
The enemy tries to tell me that God is lying
Because He hasn't done things (according) or on my timing
Our visions blurred, we just see a little flicker
God sees the end and the bigger picture
It'll make sense when we get to the end
All God's promises are YES and AMEN – 20