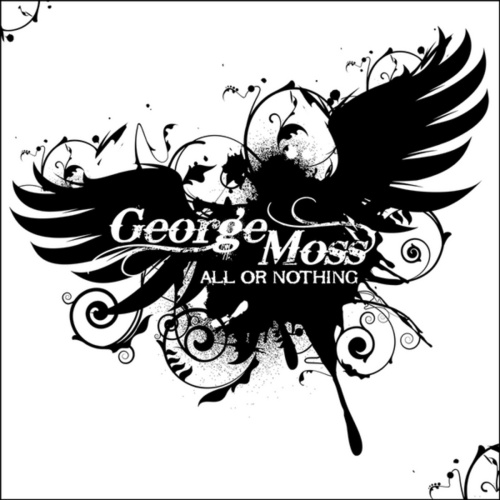 All or Nothing by George Moss

Album: All or Nothing

As the air of the new day fills the lungs in his chest,
the young black falcon sits on the edge of his nest
peerin' over the hills of yesterday's past
he vividly remembers the pains of stained glass.
He was raised by a chick on the roof of this church
and was taught how to jump from the moment of birth
so when that young black falcon finally came of age
he stepped out to the ledge despite being afraid
they told him, "there ain't no free lunch it's time for you to jump,
be a man, don't cry toughen up."
So he mustered up his courage, closed his eyes, and leaped.
Then he felt his wings and his dreams collide with the concrete.
Those that told him to jump didn't help him get up.
The only few that stuck around just kicked him while he was down.
and it took awhile but now those old wounds have healed
but scars remain as a reminder of the pain he feels.
But as the air of the new day fills the lungs in his chest
and the young black falcon sits at the edge of his nest
this morning where the sun shared the same sky as the moon
beyond the hills he heard the birds sing a different tune
the wind called his name and gave a slight push from behind and dried those secret tears that fell from his eyes
the wind said spread your wings, and take to the sky... you were never made to jump,
you were made to fly.