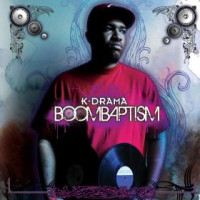 Chorus
Opposition in my face, tryin' to play defense
I'm bigger than this dude, this don't make no sense
I Air Jordan on 'em (4x)

Verse 1
I don't Superman, I Air Jordan foes
I never back down, I jump over those
Always try to block ya' boy, I don't roll with magic I roll with rockets boy
When I take off, they can't bring me down
I'm so high up, that they can't see me now
I get my humble on, I like to hang low
I'm like Texas baby, I like to bang slow
I could leap over walls
Haters on the fence, I could leap over 'yall
Bang on a sucker, I don't care how tall
'Cause I can take a leap of faith and re-define laws
Of Gravity, it ain't grabbin' me to throw me down (nope)
No weed is slowin' me down, Jesus is showin' me how
If a virus tries to come, I'll get Norton on 'em
Let me show you what I mean when I Air Jordan on 'em

Verse 2
You've seen Jordan play? Back in his prime
He's more than a shoe, this dude really shined
Back in '91 he boomed old cats
And in the same way, I boom on wax
They think you A.I, or Yao Ming
I got the score in the paint, yah mean?
Gotta paint this picture, I hope they see this
When I'm finished I hope they see Jesus
Kanye can say it, made a song about it
So why when we do it, they won't allow it?
No compromise, I gotta say it
And radio's whack if they won't play this
And if radio wants to be whack
I'll go to the drawing board, "I'LL BE BACK"
And in this game, we ain't comparin' scores
'Cause every knee will bow and tongue confess that Christ is Lord

Verse 3
Don't blame age, you ain't too young
We got the power of God, let's get it done
The enemy's defeated, we already won
Since God made the decision to sacrifice His Son
I Air Jordan foes under the influence
The world looks at us and wish that they could do this
And they could if they believed
And confessed that Jesus is Lord, then they'll receive
Salvation, which contains power
To Air Jordan foes, and never be devoured
Contrary to belief, Christians aren't cowards
The streets are weak, their ways are froward
And if one gets offended, put a gun to my face
I'll Air J to Heaven, and be in a better place
No one can stop me, no one can bind me
Anything tryin' to hold me down, get behind me!