There Is Love by Mark Bishop 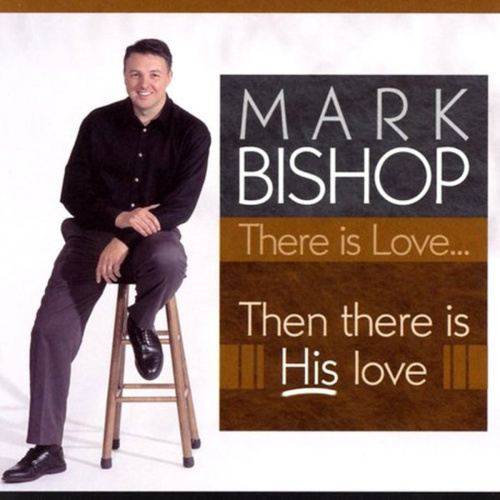 There Is Love...Then There Is His Love by Mark Bishop

There Is Love
by Mark Bishop

Album: There Is Love...Then There Is His Love

On a rocky hill at Calvary, three crosses tell the story.
So sad the sight that many turned away.
Someone whispered "His name is Jesus; that's His mother Mary.
She was watching as they beat her son today."

"And that cross, somehow He carried it up the Via Delarosa.
Where He found the strength, heaven only knows.
I'm sure I heard Him whisper 'Please, forgive them.' as the soldiers,
Speared His side, even while the blood still flowed."

"Oh the power of the timber, the three nails and the hammer,
Unyielding to His flesh, and blood, and bone.
Though determined in His spirit, His body frail and fading,
Surrounded, He was never more alone."

"With the end of life so bitter, where did He find compassion?
For, I could still see love within His eyes.
I thought I knew the meaning of mercy and forgiveness.
But after all I've seen today, I realize..."

Chorus
"There is love, and then there is His love.
His love that reaches depths before unknown.
There is grace but, not like His grace.
His grace can bring the vilest sinner home.
I've known mercy and forgiveness,
But none like what today I'm witness of.
I thought I'd seen most everything,
Cruel death upon a cross could bring.
But then there was His love."